The Netherlands – Although the storage and recirculation of CO2 are often mentioned in the same breath, they are two very different sports. Both options are necessary to reduce CO2 emissions and to ensure a smooth energy and raw material transition. According to Earl Goetheer of TNO and Peter Moser of RWE, added value and energy consumption have to be in balance for the business case and the life cycle analysis to be conclusive.

Sometimes developments that have been going on for a long time can suddenly accelerate. During the European Industry & Energy Summit in early December, CCUS expert Earl Goetheer of TNO was still hopeful that the signing of the Rotterdam CCS project Porthos would take place in 2022. Air Liquide, Air Products, ExxonMobil and Shell will join forces with Porthos for the transport and storage of CO2. Together, the companies will capture 2.5 million tonnes of CO2 annually from their installations in Rotterdam from 2024 onwards.

The speed with which the project is getting off the ground has a lot to do with the concerns the European Union and the new Dutch cabinet have expressed about climate change. The coalition agreement has provisionally made 35 billion euros available for greening industry. CCUS is an important part of this. Or as Goetheer describes it: ‘It is part of the team that is needed to reduce CO2 emissions by half by 2030 and even stop them altogether by 2050.

‘Both forms, CCU and CCUS, are needed to really take all the CO2 out of the system.’

Goetheer lists the other team members: Renewable, bio-based raw materials, electrification, process efficiency and circular raw materials are all important players in the transition. You can’t just take away one of the five options without the whole team collapsing. CCS may be the least attractive of the five in many eyes, but it is necessary to reduce CO2 emissions quickly. And carbon capture and underground storage is not new either. The Norwegians have been doing it since 1996 in the offshore Sleipner field. They are now using an underground aquifer to store twenty megatons of CO2′.

The fact that developments are now moving faster has of course a lot to do with the European and central government’s interventions in the energy system. The Emission Trading Scheme (ETS) was once set up to reduce CO2 emissions, but the prices of twenty euros per tonne of emissions did not yet set the industry in motion. Now we see prices of around eighty euro per tonne and that makes a lot of projects a lot more interesting’, says Goetheer. The parties involved in the Porthos project have calculated that capturing, transporting and storing offshore the CO2 from a number of Rotterdam factories will cost around fifty euro per tonne. The current ETS prices already cover the investment and the prices are expected to rise even further.

The Netherlands is far from the only country with CCS ambitions. Most countries around the North Sea have plans for some form of capture and storage. The Norwegian press recently reported an investment of 2.1 billion euros in CCS at a cement factory and a waste-to-energy plant. The difference between the projects in both the Netherlands and Norway lies mainly in the choice of capture before or after incineration. The origin of the CO2 in the Norwegian Sleipnerveld is natural gas that was separated into blue hydrogen and CO2 before being landed. The CO2 coming from the factories will be captured from the chimney, i.e. after combustion. This form of CO2 capture is a lot less simple and efficient and therefore more expensive than the combustion variant. In Rotterdam, therefore, the option of first making blue hydrogen from natural gas and then storing the CO2 is chosen. An additional advantage is that the production gases that often remain in petrochemical processes can be decarbonised in the same way.

Of course, not every process has the luxury of using blue hydrogen. Like the Norwegians, Dutch company AVR burns carbon-rich waste streams to produce electricity and heat. After combustion, the CO2 in the flue gases is captured and transported to nearby market gardeners. Normally, AVR would have no more sales in winter,’ says Goetheer. After all, the growing period is over, but at the moment there is even a shortage of CO2 in the market. And so the CO2 now goes to industrial customers.

Certain forms of biomass can provide the necessary energy to make up for the shortages where they arise’.

The latter application is an example of carbon capture and utilization, which means not storing CO2, but using it as a feedstock. Although CCU is often combined with CCS (CCUS) for the sake of convenience, according to Goetheer they are two different sports. Again, both forms are needed to really get all the CO2 out of the system. At present, CO2 is still fairly simple for the horticultural sector. Making chemical raw materials from it, however, is quite complex and energy-intensive. After all, CO2 consists of 73 per cent oxygen, is often not pure and not free. Whoever wants to reuse CO2 in an economically and ecologically responsible way, must therefore take into account a number of rules of thumb. The first is that you should not aim for complete CO2 reduction. After all, a lot of energy is needed to tackle even that last bit. Also, aim for the highest possible molecular mass. And keep the functionality of the molecule intact wherever possible. Also try not to go against the laws of thermodynamics and let the life cycle analysis guide the choices you make.

In the hierarchy that emerges from Goetheer’s rules of thumb, hydrocarbons have the most value, but their production requires a lot of energy. In this respect, chemical building blocks such as formic acid are more interesting because not all oxygen needs to be reduced. So the trick is to find the balance between added value and energy costs.

This hierarchy must be music to the ears of Peter Moser, head of emission reduction technology at RWE. In the near future, the German energy giant will have a different role in the industrial landscape. Circular CO2 is an important element in this. Given the German plants’ limited access to offshore storage sites, RWE is focusing more on CCU anyway. If we do it smartly, we can even achieve negative emissions,’ says Moser. RWE is already experienced in the use of biomass for energy and heat generation. Although we are also putting a lot of money into renewable energy sources like solar and wind energy, the energy system still needs base load. After all, you need to have capacity available if the sun does not shine and the wind does not blow, or not hard enough. Some of that dunkelflaute can be absorbed by hydropower or batteries, but even if we can use everything optimally, it is not enough to cover current demand. Let alone when demand increases. Certain forms of biomass can provide the necessary energy to fill the gaps where needed. The CO2 we capture at the stack can then be used as a basis for various chemical building blocks or transport fuels for aviation, for example.

Moser’s ambitious plans are supported by a large number of research projects in which RWE is involved. The company even has its own CCU Campus in Niederaussem. There, they are looking for the most valuable application of the carbon dioxide molecule. The simplest thing is still to use CO2 for plant growth or directly as a process gas for industry. But the higher added value lies in the chemical industry, especially polyurethane or in energy storage in hydrocarbons.

Take, for example, Align-CCUS, which captures CO2 from lignite power plants and converts it into, among other things, Dimethyl Ether (DME), a synthetic fuel that is a sustainable alternative for diesel. An additional advantage is that no nitrogen is created during combustion and DME contains no sulphur. Another consortium of companies and research institutions, named Take-Off, is looking into the use of CO2 and hydrogen for the production of sustainable aviation fuel (SAF).

RWE is also involved in a number of interesting projects on the chemical side. In the Ocean project, for example, the company is investigating the electrochemical production of oxalic acid from CO2. By combining oxidation and reduction reactions, it is thought that power consumption can be reduced. While in the Loter.CO2M project, researchers try to simplify the production of methanol from CO2. The methanol produced is the basis for a range of base chemicals.

Methanol or alcohol is also of great interest as a transport fuel. Bioethanol is already added to petrol and diesel, but with some modifications it can also be used purely as a transport fuel. RWE has already completed the MefCO2 project and is also hosting the EcoFuel project, which is researching C3 and C4 alcohols.

All investigations converge roughly in the NRW-Revier-Power-to-BioJetFuel project, of which RWE is currently studying the feasibility. Using sewage sludge as a basis, RWE wants to set up a chain with BP that uses all the energy and raw materials of the biomass. The sludge can be burned or converted into biogas via high-temperature conversion. The carbon dioxide that is captured during combustion can be converted into synthetic jet fuel together with hydrogen from electrolysis. The demonstration plant should produce ten thousand tonnes of product annually. 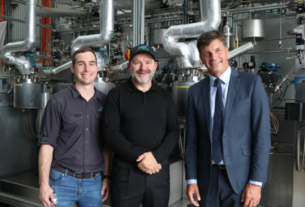 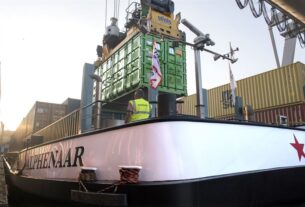