Germany – RWE and John Cockerill will collaborate to develop a testing facility in Germany to optimize a vital stage in the process of converting domestic waste into hydrogen.

The torrefaction plant, which will be built at RWE’s innovation center in Niederaußem (Germany), will test the manufacturing of waste feedstock pellets for use in the company’s unique FUREC waste-to-hydrogen venture. RWE will invest €3 million in the pilot plant, which will be operational in July 2022.

The NESA Multi-Hearth furnace (MHF), supplied by John Cockerill Environment, is at the heart of the new Niederaußem plant. Waste pellets will be roasted (torrefied) in this furnace so that they can be pulverized into dust and transformed into hydrogen and CO2 in a subsequent thermal process under air exclusion.

The prototype plant is being constructed at the RWE Innovation Centre in Niederaußem, where the business already possesses the technology for generating and storing gases. The facility is the next step in the development of RWE’s FUREC project (Fuse Reuse Recycle) — a large-scale chemical recycling plant at Limburg’s Chemelot industrial park.

RWE intends to use municipal waste to generate circular and green hydrogen and CO2 for the chemical industry. FUREC will recycle the hydrogen and CO2 that would otherwise escape into the atmosphere when garbage is burned or landfilled. Because majority of the waste utilized as feedstock will be organic, 50% of the hydrogen recycled in this manner will be green. The remainder is classified as circular hydrogen since it is collected from plastic garbage and utilized in industry. As a result, it persists in the material cycle.

FUREC will cut the consumption of natural gas at Chemelot by more than 200 million cubic metres per year by substituting waste streams for natural gas in the manufacture of hydrogen. This is equivalent to the yearly gas use of nearly 140,000 homes, resulting in a 380,000-tonne decrease in CO2 emissions. The CO2 emitted during the process can be stored in the future using CCS, resulting in negative emissions. Furthermore, it can be used as a raw material (green carbon) in Chemelot or transported via pipes to places like Rotterdam or the German Ruhr region.

RWE is currently developing the Dutch FUREC project and has begun the appropriate licensing procedures. In 2023, the business intends to make a final investment decision for FUREC. RWE is exploring the possibility of selling hydrogen in the future with the business OCI N.V., which owns a production plant near Chemelot. OCI would be able to make its production chain more sustainable and contribute to circular food production if it used hydrogen. 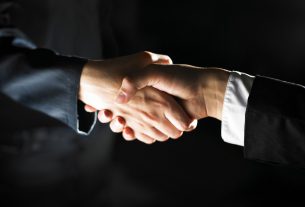 Toyota and ENEOS team up on hydrogen society project 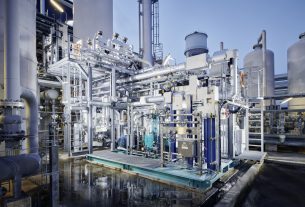