Australia – Researchers have developed a smart and highly efficient new method of capturing carbon dioxide and converting it to solid carbon, which will aid in the decarbonization of heavy industries.

RMIT researchers’ carbon dioxide utilization technology is intended to be seamlessly integrated into existing industrial processes. Decarbonization is a massive technical challenge for heavy industries such as cement and steel, which are not only energy-intensive but also directly emit CO2 during the manufacturing process. The new technology provides a way to convert carbon dioxide as it is produced and permanently lock it in a solid state, keeping CO2 out of the atmosphere.

A provisional patent application for the technology has been filed, and researchers have recently signed a $AUD 2.6 million agreement with Australian environmental technology company ABR, which is commercializing technologies to decarbonize the cement and steel manufacturing industries.

According to the International Energy Agency, the steel and cement industries each account for about 7% of total global CO2 emissions, and both are expected to grow further in the coming decades as demand is driven by population growth and urbanization.

Carbon capture and storage (CCS) technologies have largely focused on compressing the gas into a liquid and injecting it underground, but this poses significant engineering challenges as well as environmental concerns. CCS has also been chastised for being too costly and energy-intensive for widespread use. The Australian government has identified carbon capture and storage (CCS) as a priority technology for investment in its net zero plan, announcing a $1 billion fund for the development of new low-emission technologies.

How the technology works

The RMIT team, led by lead author and PhD researcher Karma Zuraiqi, developed the new CCS technology using thermal chemistry methods widely used in industry. The “bubble column” method begins with a liquid metal that has been heated to around 100-120°C. Carbon dioxide is injected into the liquid metal, causing gas bubbles to rise to the surface, much like bubbles in a champagne glass. The gas molecule splits up to form flakes of solid carbon as the bubbles move through the liquid metal, and the reaction takes only a fraction of a second.

In collaboration with industry partner ABR, the next stage of the research will be to scale up the proof-of-concept to a modularized prototype the size of a shipping container. The team is also looking into potential uses for the converted carbon, such as building materials. RMIT co-authors Jonathan Clarke-Hannaford, Billy James Murdoch, Associate Professor Kalpit Shah, and Professor Michelle Spencer collaborated on the study across engineering and science. 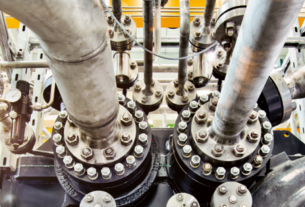 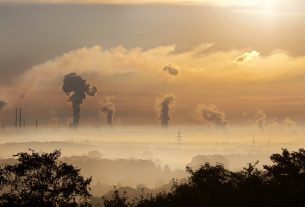