Siemens Gamesa and Siemens Energy announced that they jointly develop a solution that fully integrates an electrolyzer into an offshore wind turbine. The single synchronized system can directly produce green hydrogen.

The companies intend to provide a full-scale offshore demonstration of the solution by 2025/2026. The German Federal Ministry of Education and Research announced that the developments can be implemented as part of the ideas competition Hydrogen Republic of Germany.

Over a timeframe of five years Siemens Gamesa plans to invest 80 million euro and Siemens Energy is targeting to invest 40 million euro in the developments. Siemens Gamesa will adapt its development of the world’s most powerful turbine, the SG14-222 DD offshore wind turbine to integrate an electrolysis system into the turbine’s operations. According to the companies electric losses are reduced to a minimum. While a modular approach ensures a reliable and efficient operational set-up for a scalable offshore wind-hydrogen solution. Siemens Energy will develop a new electrolysis product to meet the needs of the harsh maritime offshore environment and be in perfect sync with the wind turbine.

The ultimate fully integrated offshore wind-to-hydrogen solution will produce green hydrogen using an electrolyzer array located at the base of the offshore wind turbine tower. The solution will lower the cost of hydrogen by being able to run off grid, opening up more and better wind sites.

The developments are part of the H2Mare initiative. Which is a lighthouse project likely to be supported by the German Federal Ministry of Education and Research ideas competition Hydrogen Republic of Germany. The H2mare initiative is a modular project consisting of multiple sub-projects to which more than 30 partners from industry, institutes and academia are contributing. 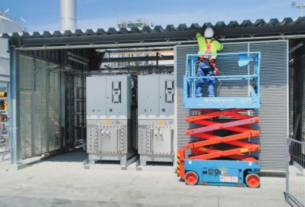 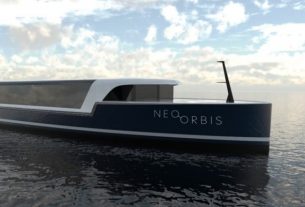 Port of Amsterdam to get flagship hydrogen vessel 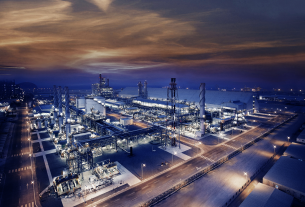