The Netherlands – Last week Tata Steel announced that the company invests 65 million euros into the design of a new steel plant in which hydrogen replaces coal as a fuel. A first major step in the transformation of the production site in IJmuiden, in which green hydrogen will play an important role. In doing so, the company put its money where its mouth is.

Last year, the steel company changed its direction. To make its production in IJmuiden more sustainable, the company no longer chose to capture and store CO2, but to use green hydrogen. It was quite a puzzle, said CEO Hans van den Berg during a talk at the European Industry & Energy Summit 2021.

Now the first big stap is made. For the design of the new plant the company has signed contracts with three engineering companies, McDermott, Danieli and Hatch, who will take on various parts of the design. Among other things, the parties will focus on the engineering design of new steelmaking plants and the installation of electric furnaces that will be connected to the plants. The design of the electric furnaces will come from the Canadian company Hatch. The Italian company Danieli will be responsible for the “directly reduced iron” technology. This involves reducing iron ore with hydrogen or natural gas instead of coal. The reduced iron is then processed into liquid hot metal in an electric furnace with the addition of carbon.

Tata Steel announced last year that it will replace its blast furnaces with this modern technology in phases. The new plants will be built between the existing plants. Tata previously expressed its ambition to be carbon-neutral by 2045 and to emit between 35 and 40 percent less CO2 before 2030. The company is under great social pressure to make climate-neutral steel, especially since the company is one of the biggest polluters in the Netherlands.

For the future supply of green hydrogen there are also plans in the meantime. For example, green hydrogen producer HyCC wants to build a 100 megawatt plant on the Tata Steel site to produce up to 15,500 tons of green hydrogen per year and oxygen. The plant will be located next to a planned landing site for the ‘Hollandse Kust’ wind farms, with a total capacity of 2.1 gigawatts. Incidentally, that will not be nearly enough for Tata’s plans. A much larger supply of emission-free hydrogen will be needed to realize Tata’s ambitions. 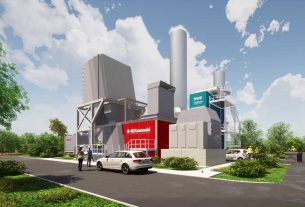 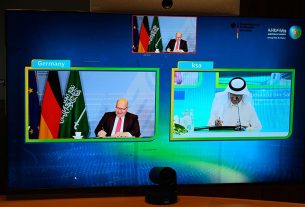 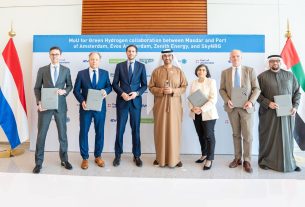