Germany – At RWE’s Kaskasi offshore wind farm, unique collars were constructed around the monopile foundation at seabed level for the first time in the renewables industry.

The ‘collared monopile’ is a RWE patent-based design. The new technology will give more lateral load support, increase bearing capacity, and improve the foundation’s structural integrity. DEME Offshore was in charge of the installation.

Kaskasi is RWE’s sixth offshore wind farm; the 342-megawatt project is now being built 35 kilometers north of the island of Heligoland. Three revolutionary foundation collars, each 7 meters tall and weighing 170 tons, were successfully inserted into the seafloor. The installation was carried out by DEME Offshore’s jack-up vessel ‘Sea Challenger’ in water depths of up to 25 meters. Grout material was used to fill the gap between the collar and the monopile foundation, resulting in a secure connection. In compared to ordinary monopiles, RWE will conduct supporting experiments to ensure that the collar enhances structural behavior.

The collars were designed in detail by JBO, a German civil engineering firm, based on a RWE patent. Bladt Industries was chosen as the producer, and DEME Offshore was in charge of shipment and installation.

RWE is spearheading technological advancement in the offshore wind industry, as evidenced by the collared monopile. The vibro pile drive technology and the ‘Self-Expanding Pile Shoe,’ a revolutionary foundation solution with a concrete ring that expands in the seabed, were both introduced at Kaskasi.

In addition, a sustainable product will make its German debut at the Kaskasi offshore wind farm, where Siemens Gamesa and RWE will install recyclable rotor blades on a number of wind turbines. The blades are the first of their kind, thanks to a novel material that allows components to be recycled for new applications after their lifecycle is over. The wind turbines are expected to be installed this summer. A total of 38 wind turbines are expected to be completely operational by the end of 2022. The Kaskasi offshore wind farm will thereafter have the potential to provide green electricity to the equivalent of nearly 400,000 households per year. 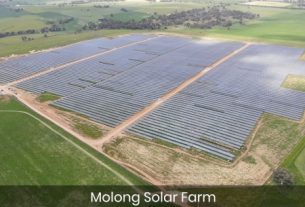 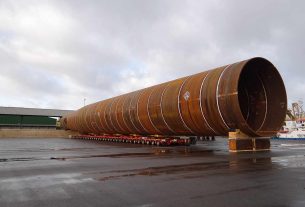 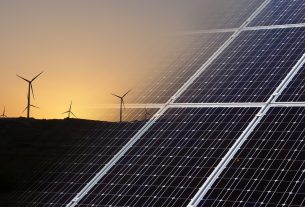 IEA: Despite rising costs renewable energy set to grow in 2022