Sweden – A feasibility study conducted by Liquid Wind in collaboration with Umea Energi reveals that the Dava cogeneration plant in Umea is an attractive location for Sweden’s third electrofuel facility for the maritime sector.

To bring the plant to life, Liquid Wind and Ume Energi have formed a partnership. The manufacturing is anticipated to begin in 2026, with all documentation necessary for an investment decision being completed in 2024.

“We are looking forward to our partnership with Umea Energi and their future-oriented vision which results in the possibility to jointly establish the first electrofuel facility in Region Västerbotten. The Dåva facility will follow the Örnsköldsvik and Sundsvall facilities already being developed in Västernorrland. The transition to electrofuels in the maritime sector which uses 300 million tons of fossil fuels every year is very urgent. With electrofuel replacing today’s fossil fuels, carbon dioxide emissions can be reduced by over 90%”, says Claes Fredriksson, CEO and founder of Liquid Wind.

“Capturing the carbon dioxide from the Dåva cogeneration plant will allow us to take yet another step towards circularity. Umeå Municipality has pledged that the city of Umeå will be climate neutral by 2030, and the municipality itself by 2040. The establishment of an electrofuel production plant at Dåva could be an important step in that direction”, says Jan Ridfeldt, CEO Umeå Energi. 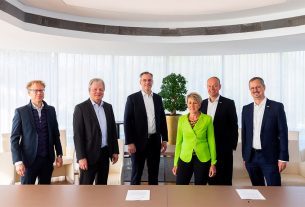 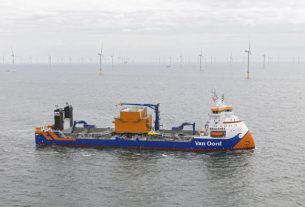