Like the Netherlands, Germany aims for climate neutrality in 2050. The consequences of this are becoming increasingly clear. Both countries have to work hard to achieve their respective goals, and can help each other in doing so.

Germany is regarded worldwide as a pioneer in the Energiewende. However, this does not mean that the Germans will easily achieve the objectives of the Paris Climate Accord. Indeed, it is already clear that the interim targets will not be met by 2020.

Through the European Emissions Trading System (ETS), the industrial and electricity sectors must substantially reduce greenhouse gas emissions. The sectors not covered by the ETS, mobility, built environment and agriculture, will have to reduce their emissions by 14% in 2020 compared to 2005. A reduction of minus 38 percent must be achieved by 2030.

A great concern for Germany. After all, if the European targets for the non-ETS sectors are not met, the taxpayer will be left with a bill of billions. Any excess emissions in 2030 will have to be compensated by countries buying emission rights from other EU Member States. An unavoidable scenario, when no hard action is taken.

Enough reason for Chancellor Angela Merkel to name the subject Chefsache. Earlier this year she formed a climate cabinet, a working group of all the ministers involved. With this she wants to prevent the theme from becoming a plaything between the different ministries.

The German government soon saw the need for consultation with neighbouring countries. Together with the climate cabinet, Merkel visited Prime Minister Mark Rutte in the Catshuis.

According to experts, neighbouring countries can learn a lot from each other. For example, both countries want to introduce a CO2 tax to curb emissions. But can you do this without antagonizing industry and important voters? That is why Germany is looking with great interest at the Dutch climate tables, where the government’s plans are discussed with the business community and other parties involved.

At the beginning of October, the general German-Dutch government dialogue took place in Berlin, where ministers from both governments coordinate one-to-one policy issues. Once again, climate was an important theme. Minister Eric Wiebes signed a letter of intent for closer cooperation with his German Economic Affairs colleague Peter Altmaier.

The declaration states, among other things, that both countries want to build more windmills at sea. In addition, all individual wind farms need to be better connected to each other. At the moment they are still too often islands in the North Sea. The two countries are also going to jointly investigate the possibilities of converting wind energy into hydrogen.

While Berlin was still thinking feverishly about the climate plans, the Netherlands reached an agreement as early as last summer. A unique moment to be able to present the Dutch vision, in the middle of the German thought process, say involved Dutch civil servants.

This does not mean that entire paragraphs have been taken over, but it does mean that some topics are now open for discussion. A good example is the underground capture and storage of CO2 (CCS) in empty gas fields under the North Sea, a possible new earnings model for the Netherlands. This is also reflected in the German climate agreement presented on 20 September.

The common interests are great, both countries would like to act together in a European context. Yet you see a difference in focus, says Dr. Jan Frederik Braun, Strategic Energy Analyst at The Hague Centre for Strategic Studies (HCSS). More than 46% of German electricity production in 2019 will be green. That’s where the Netherlands lags behind. On the other hand, Germany still has a great deal to do to reduce emissions from traffic and, to a lesser extent, from buildings’.

The declaration of intent that Wiebes and Altmaier signed is brief, and only describes the main lines.  “For a layman, it’s a meaningless document,” says Braun. ‘But I think it’s promising, because it really heralds closer cooperation. This should give rise to great projects and opportunities. Especially since there are common political and economic interests. Both countries would benefit from scaling up sustainable technologies and renewable resource infrastructure for their large industrial and transport sectors’.

Both countries have their own specialties and weaknesses, says Braun. Remarkably, since 2005, traffic emissions in Germany have increased by 3%, while in other Member States they have decreased. In Denmark and the United Kingdom slight reductions of about five percent were recorded, in the Netherlands even minus fourteen percent, the think tank Agora Energiewende in Berlin calculated.

In Germany and the Netherlands, road traffic is responsible for more than ninety percent of traffic emissions. Sixty percent of these come from cars and forty percent from trucks. The faster decline in the Netherlands is due to the fact that newer and cleaner cars drive here, Agora writes in a report from 2018.

And while emissions from buses and lorries fell by 13 percent in the Netherlands, they rose by 21 percent in Germany between 2005 and 2016. According to the Berlin think tank, this is partly because Germany is a transit country in the middle of Europe, but also because too few goods are still transported by rail and water.

It is precisely the reason why Germany has now expressed the ambition to put more effort into electric driving, by 2030 there should be one million charging stations. “A sign on the wall,” says Braun. The Netherlands has a lot of expertise in this field, and can benefit from it.

This subject alone shows how both countries can help each other in climate policy, says Braun, who studied and worked in both the Netherlands and Germany. Previously, energy policy was often misaligned. Then it’s quick to mop up with the tap open, when your neighbour makes a decision that is at odds with your plans’. He mentions gas as an example of opposite trends. The Netherlands wants to get rid of the gas; Germany, on the other hand, has started to use more by closing down nuclear power stations.

Although the countries at senior official level already frequently discuss energy security and the developments surrounding gas production from Groningen, for example, much more can be done, Braun believes. It is actually striking that the Netherlands and Germany did not coordinate their energy transitions very well. We are so intertwined economically. “If Germany wants something, it has immediate consequences for us.

One topic he believes countries need to talk about is, for example, the German energy transition from wind energy in the north to the large-consuming industry in the south. “Now it’s just north-south. But if you really want to scale this up, together with the Netherlands, then you also have to think in east-west. “We can bring this in now.

One of the great potentials where both countries can strengthen each other he sees in Eemshaven and Rotterdam. This is a good place to connect offshore locations with industry clusters in North Rhine-Westphalia. This offers opportunities for hydrogen, but also synthetic gas, biogas and the capture and use of CO2′.

The energy transition could provide Dutch and German industry with a gigantic new revenue model, says Braun. The Netherlands, North Rhine-Westphalia and Flanders already together form the fourth largest chemical industry cluster in the world. This means that the knowledge, infrastructure and capital is already in place. With the knowledge we gain together in bilateral research, we can become a frontrunner in the global decarbonisation ‘rat-race’.

That prospect is worth investing in anyway, says the analyst. On the one hand you see uncertainty in the future demand for fossil fuels. This uncertainty is fuelled by stricter environmental legislation – certainly in Europe – which puts further pressure on the fossil industry’.

Braun sees a good future hydrogen hub in the Netherlands and Germany. The combination of offshore wind, hydrogen, the existing gas infrastructure and the large chemical sector is worth a lot.

In the agreement of intent that Wiebes and Altmaier concluded at the beginning of October, the research institutes of TNO and DENA, among others, discuss joint research into the opportunities of hydrogen. Both countries see an opportunity in hydrogen to further realise the Energiewende.

That’s not for nothing, Braun says. ‘Both governments see the possibilities. But you have to look carefully at which business cases make the most sense. As neighbouring countries, you have to coordinate this properly. We both have a lot to gain from this. “If we do this right, we can get into the world market together.

The German-Dutch Chamber of Commerce (DNHK) in The Hague is advocating more concrete cross-border projects. There are already binational cooperatives that can serve as examples, such as the EnerPRO project. The provinces of Flevoland, Gelderland, Limburg and East Brabant are working together with North Rhine-Westphalia on solutions for decentralised storage of green energy’, writes the DNHK. Moreover, according to the Chamber, it is essential that both governments commit to a single European electricity price at EU level in order to avoid unfair competition.

As far as developments in the field of hydrogen are concerned, Germany is once again at the forefront, according to the DNHK. ‘Both in terms of hydrogen trains and the number of filling stations available. Joint ventures such as H2mobility, created in 2015 by Shell, Total, Air Liquide, Daimler, Linde and OMV and stimulated by the German government, can also serve as examples internationally’.

Success requires these kinds of visible and concrete projects, says Braun. It’s often not so visible to the general public at all. In May of this year King Willem-Alexander opened a 1 megawatt electrolysis installation. That’s nothing.  The three grid managers Gasunie, TenneT and Thyssengas are working together to enable efficient interconnection of the energy, industry, mobility and heat sectors. They are planning an electrolysis installation on an industrial scale of one hundred megawatts. That last one’s really hacked in, we’ve got to have more.

In order to stimulate more cross-border cooperation, Braun published an opinion piece in the German business newspaper Handelsblatt together with chairman Andreas Kuhlmann of the Deutsche Energie-Agentur (DENA). They point out that the climate plans of both countries provide concrete starting points for cross-border cooperation, particularly in the fields of research and transport. Just to ensure that climate-friendly business models come to market even faster, a bilateral research programme with Germany would make sense,’ argue Braun and Kuhlmann. 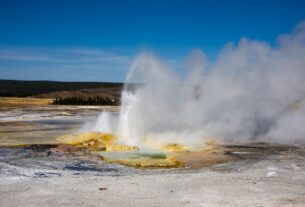 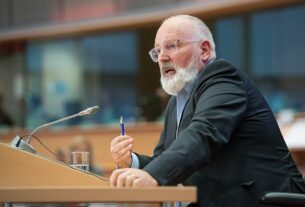 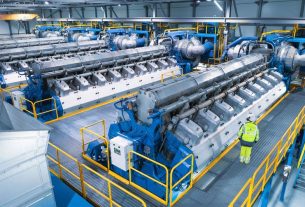