According to COO Asset Management Holger Kreetz, in the midst of an energy transition, it is irrelevant whether hydrogen is green, blue or turquoise. We need emission-free hydrogen to keep the energy system in balance and to shape the energy and raw materials transition. In this discussion, the origin is also less important. In Europe we can produce a lot ourselves, but we cannot avoid imports either. Kreetz is one of the key talkers during the European Industry & Energy Summit 2021.

In the twenty years that Uniper’s COO Asset Management Holger Kreetz has been active in the energy world, he has seen many transitions. The liberalisation of the energy market was followed by expansion within Europe and unbundling of energy generation and transport. The transition that Uniper is now in the middle of, however, is even bigger than the past transitions put together. The company has set itself the goal of achieving carbon-neutral energy production in Europe as early as 2035. The asset manager understands that Uniper cannot do it alone and that Europe cannot switch to 100% renewable energy overnight.

Kreetz: ‘Although the transition to sustainable and renewable energy sources started much earlier, it has accelerated in recent years due to political decisions. Germany and much of Europe have made clear choices towards decarbonisation and the phasing out of nuclear energy. As a result, forty gigawatts of power must be replaced by sustainable alternatives in the coming years – in Germany alone. Such an artificial intervention has consequences. In this respect, the recent high gas prices clearly show that the energy market is doing its job. When there is scarcity, prices simply go up and, in the global gas market, small disruptions can have major consequences.

This pressure on the gas market will only increase in the coming years. The most obvious transition will be from coal power and nuclear power to gas-fired power stations. Some analysts, in respect to Germany, see the need for five to ten new power stations per year in the coming decade. We will therefore have to keep working on sustainable alternatives at the same time in order to gradually replace fossil gas.

Uniper is investing heavily in hydrogen, which has only one colour, according to Kreetz. The distinction between blue and green hydrogen is confusing for consumers’, says Kreetz. The so-called Blue hydrogen is also emission-free and should therefore be called green. ‘To save a lot of CO2 quickly, we will have to use hydrogen from natural gas in the short term. We can store the CO2 or offer it to industry as a raw material. This way, we keep the energy transition reliable and affordable until the electrolysers are mature enough to supply this form of hydrogen as well – you may call it green.

Clearly, we are not there yet. Although many plans for building electrolysers are ready in Europe, the number of actually completed projects is not very high. Technically, there are not that many obstacles,’ says Kreetz. In the heavily industrialised countries of Western Europe, there is already a great deal of experience with the production and transport of hydrogen and ammonia. However, these are still the grey forms of hydrogen, with corresponding emissions. The biggest bottleneck is that the so-called blue hydrogen is twice as expensive as natural gas and green hydrogen four to five times as expensive. Those prices can be lowered considerably through innovation and up-scaling, but until then we need the government to open up the market’.

Kreetz is not only referring to subsidies. ‘Money is an important factor, of course. We have built a two-megawatt electrolyser already in 2013. But it is currently not operating because the operational costs exceed the revenues. Both the capital investment and the operational costs of green hydrogen exceed those of fossil assets. At the beginning of the learning curve, that price difference can only be bridged by government funding.

Fortunately, past results show that government intervention can have a positive effect. Around the year 2000, we had the same discussions around solar and wind energy. Those assets, too, could only be built with governmental support. Now, we see the profitability increasing every year. That success is also a combination of scaling up, innovation and government policy. And an important factor: the government took care of the necessary infrastructure. We must develop such a mature market for hydrogen as well’.

In the coming period, the government will have to make choices for a future-proof energy supply. The EU has already rolled out plans with its ‘Fit for 55’ package, but Kreetz sees plenty of obstacles that need to be overcome quickly.

Kreetz: ‘The government can contribute in particular by pursuing consistent policies on both the compensation side and the regulatory side. Several things will have to happen in the regulatory field if the hydrogen market is to stand on its own two feet. That starts with a uniform emissions trading system for all sectors. We cannot have industry and the energy sector paying for their CO2 emissions while aviation does not contribute a single cent.

A certification system accepted by all European Member States is just as important to get the hydrogen trade going. When we transport ships carrying hydrogen or ammonia, for example, our customers must be able to assume that this is really green or the so-called blue hydrogen. Checking this is not easy, but it is essential for the success of green hydrogen. As soon as these preconditions are clear, it is important to set up as many projects as possible and to scale them up to make the learning curve as steep as possible.

According to Kreetz, the first customers are also clear: ‘You will have to deploy the sustainable hydrogen first in the sectors that have few other alternatives for their current fossil energy consumption. That is mainly industry. Kreetz can quickly answer the question of whether there are sufficient renewable energy assets available to meet this demand: In all scenarios we see that Europe simply has too little space to replace the total fossil energy demand with renewable and sustainable energy alone. We will therefore not be able to avoid imports from other countries. In particular, countries with super-cheap renewables (e.g., Nordic wind resources, equator region with a higher solar yield) could play a role in the European energy supply. Uniper is already anticipating this development and planning a terminal for the import of green ammonia next to a former coal-fired power station in Wilhelmshaven, Germany, anticipating to provide 10% of Germany’s hydrogen needs in 2030.

Uniper will also have to find a new purpose for many other assets. We manage many integrated power stations that supply both power and heat. In Gelsenkirchen we are converting a 1970s coal-fired power station into a modern gas-fired power station with an efficiency of 90 per cent. The advantage of a gas power plant is that you can also feed it with hydrogen or synthesis gas. Moreover, a gas-fired power station provides much more flexibility and can therefore increase the security of supply for the energy system of the future. In the Netherlands, we operate many gas-fired combined heat and power plants that we can also make sustainable. Replacing them would be a much more difficult task for the built environment. After all, the power stations not only supply electricity, but also heat. It is simply easier to make a power station sustainable than twenty thousand households. Moreover, the site is close to large wind farms, so that in time hydrogen, ammonia or other hydrogen carriers can also be produced’.

These are all pieces in the puzzle that the asset manager has to put in place in the new energy system. ‘We are in a system where change is the biggest constant,’ says Kreetz. ‘We used to think about developing a power plant for five years and then build and operate it for 30 to 50 years. Now we build our assets much more decentralised and closer to the customer, we have to be able to switch quickly and respond to market conditions while not knowing how long we will be able to use an asset. It could well be that the technical life will exceed the economic one. In order to be able to move with the energy evolution, we will have to cooperate much more intimately with our customers and sometimes even with former competitors. Because if there is one thing we have learned from this climate crisis, it is that we cannot do it alone. We are therefore increasingly seeing that we first bid against other parties in an auction before working together again on the next project.

Our industrial customers are facing the same uncertainties and challenges and are also looking for partnerships to invest in new technology. By sharing risks and investments, we can help each other and apply our knowledge and experience where the industry lacks it. The simplest is of course a power purchase agreement in which we jointly invest in wind farms, for example, but we will also have to take on other major game-changing projects together. The closer we are to the customer, the less trouble we have getting the right energy in the right quantity to the right place. 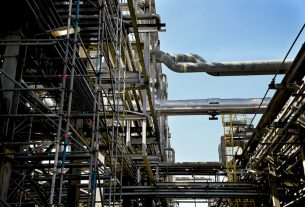 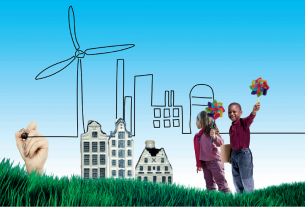 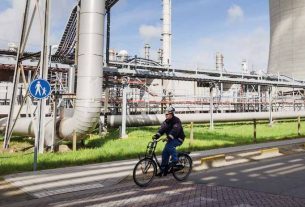 EIES21: Electrification in industry – The questions no one dares to ask