The Netherlands – Agreements made in the European Green Deal about the obligatory reuse of materials should be adopted worldwide.

This would significantly reduce CO2 emissions and avoid plastic waste entering the environment. The Netherlands Minister of Infrastructure and Water Management Stientje van Veldhoven issued this call at the World Circular Economy Forum. The Netherlands is organizing the online conference to draw the world’s attention to the importance of the circular economy and the climate.

The circular economy has the potential to account for about 20 percent of the path to achieving the goals of the Paris Climate Agreement. Making the reuse of materials such as plastic mandatory is an important step.

The Netherlands is striving to make its economy entirely circular by 2050. The raw materials in the circular economy are continuously reused so that there is no waste. At present, recyclable waste is sometimes incinerated or ends up in landfills. Move from a throwaway society to a reuse society that reuses everything from shampoo bottles and office chairs to whole trains is the key. This can be done in several ways, such as smarter design, recycling and reusing. The circular economy avoids environmental pollution and can reduce CO2 emissions by about 20%. The goal of the World Circular Economy Forum plus climate is to make countries aware of this.

Reusing plastic in new products and packaging has many benefits, starting with the fact that incinerating old plastic and producing new plastic generate CO2 emissions. Furthermore, the plastic that is recycled and reused will not end up in the environment. And by reusing old plastic, less new plastic needs to be produced. Much new plastic is still made from petroleum so not producing it anymore would also reduce CO2 emissions.

European Union member states are already working towards a setting a mandatory percentage of recycled materials in manufactured products. This proposal – partly thanks to the efforts of the Netherlands – is included in the European Green Deal. The details are currently being worked out for different product groups: food and non-food packaging; the automotive industry; and the construction industry. Van Veldhoven believes that this European initiative should be adopted worldwide.

More than 180 Dutch and European companies are leading the way through the Plastic Pact (in Dutch) in which they have pledged that by 2025, 30% of all their new packaging and products will be made of recycled plastic. 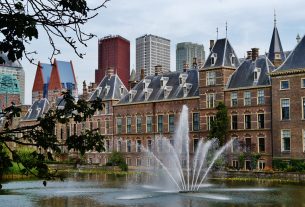 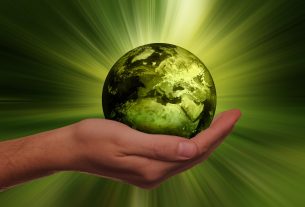 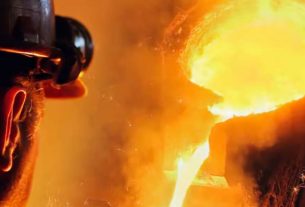