The EU-SCORES project will pave the way for bankable hybrid offshore parks across Europe by 2025, allowing wind, wave, and offshore solar systems to realize their full potential.

With an increasing population and GDP, worldwide yearly electricity consumption is expected to quadruple by 2050 to over 21,000 TWh. The efficient and successful use of offshore renewables is critical in the EU’s transition to a net-zero greenhouse gas emissions economy by 2050. To that end, the EU established firm targets of 230-440GW and 40GW installed capacity of offshore wind and ocean energy by 2050, respectively.

Beginning in September 2021, the project partners will collaborate to build on two extensive and impactful demonstrations: (1) A 3MW offshore solar PV system by Oceans of Energy off the Belgian coast, co-located with a bottom fixed wind farm; and (2) A 1.2MW wave energy array by CorPower Ocean in Portugal, co-located with a floating wind farm.

The demonstrations in EU-SCORES are intended to demonstrate the advantages of continuous power output by utilizing complementary power sources such as wind, sun, and waves. This hybrid strategy will result in a more resilient and stable power system, improved capacity factors, and lower total cost per MWh. Major project developers and utility corporations will step up demonstration efforts, opening the road for large-scale commercialization of these innovative parks in the future.

The full-scale trials are designed to demonstrate how greater power production and capacity installed per km2 reduces the amount of sea space required, freeing up room for aquaculture, fisheries, shipping routes, and environmentally protected zones. Additional benefits from sharing key electrical infrastructures and investigating improved operation and maintenance approaches supported by innovative autonomous systems should result in lower costs per MWh. Furthermore, the project demonstrations will contribute to the stability and resilience of the European energy system while taking sustainability, local stakeholders, and existing ecosystems into account.

IRO (Association of Dutch Suppliers in the Offshore Energy Industry), ENECO Group, Redes Enérgeticas Nacionais, Parkwind, Ocean Winds, and Energie Baden-Württember are all on board. 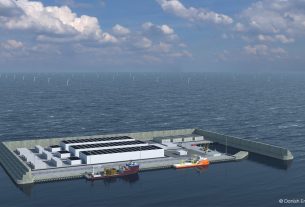 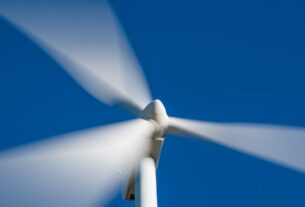 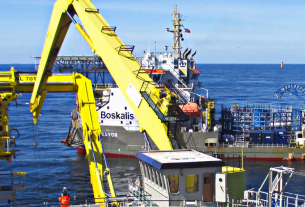