Three wind turbines will be installed at the Oostpolderdijk wind farm near Groningen. An endeavor of this scope has never been attempted before. The top turbine components are being installed with a climbing crane due to space restrictions at the dike site. Wind turbines have previously been constructed down to their foundations and the smallest of their turbine components. The first wind turbine has been built and the construction of the second has started using a climbing crane.

RWE and the owner of the sea dike dam, Water Board Noorderzijlvest, have been researching the construction process and dike safety, as well as the project’s influence on the local ecosystem, for several years. A highly specialized technological design has emerged as a result, and it has begun implementation. A key consideration in the design was ensuring the dike’s safety as well as the dam’s ability to function. 7.5 MW of installed capacity wind farm Oostpolderdijk should be operational by the end of 2021.

With ASML, the world’s largest producer of lithography technologies for the semiconductor industry, in February, RWE signed a power purchase agreement (PPA) to buy green power generated by several projects, including Oostpolderdijk wind farm in the Netherlands. 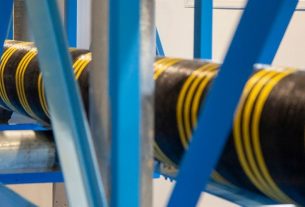 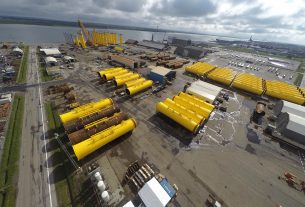 Danish Bladt secures its largest TP order in US 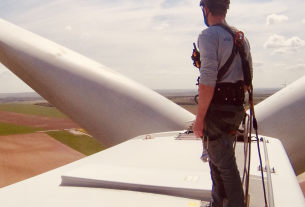