In his first week in office, President Biden issued an Executive Order that calls on the nation to build a new American infrastructure and clean energy economy that will create millions of new jobs. In particular, the President’s Order committed to expand opportunities for the offshore wind industry.

Offshore wind industry will drive new jobs and economic opportunity up and down the Atlantic Coast, in the Gulf of Mexico, and in Pacific waters. The industry will also spawn new supply chains that stretch into America’s heartland, as illustrated by the 10,000 tons of domestic steel that workers in Alabama and West Virginia are supplying to a Texas shipyard where Dominion Energy is building the Nation’s first Jones Act compliant wind turbine installation vessel.

Federal leadership, in close coordination with states and in partnership with the private sector, unions and other key stakeholders, is needed to catalyze the deployment of offshore wind at scale.

The Administration has taking coordinated steps to support rapid offshore wind deployment and job creation The steps include advancing wind energy projects to create union jobs, investing in American infrastructure to strengthen the domestic supply chain and deploy offshore wind energy and support for critical research and development and data-sharing.

President Biden’s decision has come across support from the offshore wind industry players. One of them is Atlantic Shores Offshore Wind,  a developer that has bid into the latest round of offshore wind solicitation in New Jersey.

Joris Veldhoven, treasurer and commercial director at Atlantic Shores Offshore Wind, said: “This bold agenda to develop offshore wind in the United States will create tens of thousands of jobs and build a more robust green energy economy in this country. The investments in strengthening port infrastructure and the domestic supply chain will open communities across the coastal U.S. up to tremendous economic opportunity on the international stage. As a developer, we appreciate the advancement of critical permitting milestones for projects in New Jersey and beyond.” 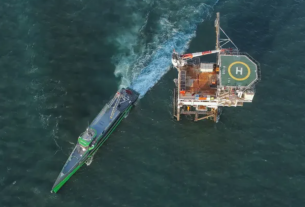 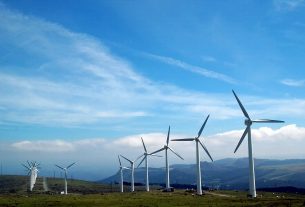