United Kingdom – Iberdrola has spent £6 billion in the development of an offshore wind complex – East Anglia Hub – in the United Kingdom through its subsidiary, Scottish Power.

This represents the company’s biggest investment anywhere in the world and one of the largest offshore wind projects worldwide.

This new investment, subject to securing the relevant licenses, will join a record £10 billion investment envisaged by the group in its 2020-2025 plan, allowing it to treble its renewable generation capacity and promote decarbonization in the United Kingdom.

East Anglia Hub, Iberdrola’s largest offshore wind development and one of the world’s largest projects of its kind, is made up of three wind farms off the coast of Suffolk: East Anglia ONE North, East Anglia TWO, and East Anglia THREE. The complex, with a capacity of more than 3,000 MW, will generate enough clean energy to power the equivalent of more than 2.7 million households, contributing more than 7.5 percent to the UK’s objective of 40,000 MW of installed power by 2030. The development, building, and operation activity will generate up to 7,000 employment and will significantly boost the UK’s renewable supply chain.

The East Anglia THREE project, with a total installed capacity of 1,400 MW, has already received planning authorization. Similarly, the Secretary of State at the Department of Business, Energy, and Industrial Strategy is reviewing planning permission applications for East Anglia ONE North (800 MW) and East Anglia TWO (900 MW). Construction on the East Anglia Hub is planned to begin in 2023 and be completed by 2026, depending on the outcome of these factors.

Offshore wind energy has also been an engine of future development for the business, with more than 1,300 MW of installed capacity (Wikinger, East Anglia ONE, and West of Duddon Sands) and 2,600 MW under construction, which will more than triple its present capacity. Its offshore wind project portfolio exceeds 38,000 MW in traditional markets such as the United Kingdom, the United States, Germany, and France, as well as new platforms in Taiwan, Ireland, Japan, Sweden, and Poland.

The business has announced a record investment plan of €15 billion over the next decade, with a goal of €75 billion by 2025, which will allow it to triple its renewable capacity and double its smart grid assets, capitalizing on the potential given by the energy revolution.

Iberdrola has pioneered renewable energies with more than 37,300 MW of installed capacity, making its generation fleet one of the cleanest in the energy market, thanks to a €12 billion investment over the last 20 years. Iberdrola’s green energy and smart grid investment strategy will allow it to be “carbon neutral” across Europe by 2030. 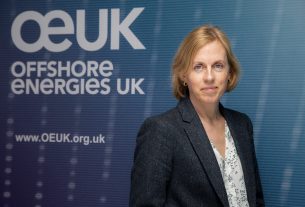 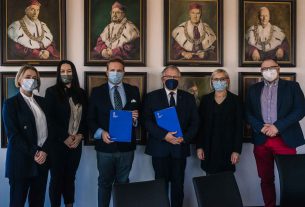