After months of planning, the placement of the foundations for the Dutch offshore wind farm Hollandse Kust Zuid has begun.

The offshore construction of the Hollandse Kust Zuid wind farm began in early July. The wind farm, the world’s first offshore wind farm built without subsidies, will be developed off the Dutch coast during the next two years. The wind farm’s fossil-free electricity will benefit both households and businesses, as well as industrial partners.

Each foundation is designed precisely for the place where it will be put to ensure efficient use of materials such as steel. The heaviest and longest monopile weighs 955 tons and is 75 meters in length, while the lightest and shortest foundation weighs 735 tons and measures 62 meters. The monopiles will be set in water depths ranging from 17 to 28 meters.

While minor pieces for Hollandse Kust Zuid are kept and delivered from IJmuiden harbour, foundations and secondary steel components are shipped from foundation maker Sif’s yard on the Maasvlakte area in Rotterdam harbour utilizing the installation vessel Seaway Strashnov. The ship has a crane that lifts and lowers the monopile foundation into the ocean till it reaches the seafloor. Once the foundation is in place on the seafloor, the pile is driven to the final penetration depth with a hydraulic impact hammer.

The first series of foundations and secondary steel components have now been placed, providing some significant insights for the remainder of the construction operation. 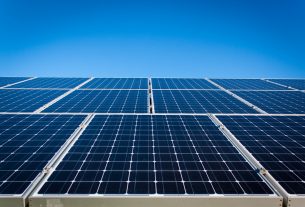 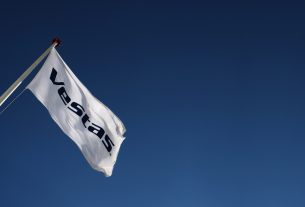 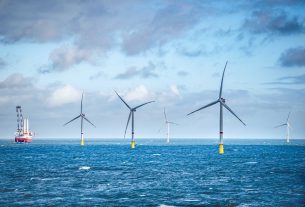