The project will see 10,000 MW of fixed and floating wind turbines installed in the North Atlantic and connected to the United Kingdom via long-length, high-capacity HVDC undersea power transmission cables. These cables will be made in the United Kingdom at a custom power cable plant worth £200 million ($277 million) that will be erected in a port in the northeast of England. The final cost of the project is expected to be £21 billion ($30 billion).

HIP has submitted four connection applications to National Grid Company for an initial 4,000 MW of grid connections to the UK’s 400 kV energy transmission infrastructure at four different locations. Each wind farm – or pod – will be in a different part of the North Atlantic, with each pod containing 1,000 MW of wind turbines having its own dedicated connection to the UK. The UK power system operator will have complete control over the deployment of the HIP offshore wind pods, establishing HIP Atlantic Britain’s first captive wind farm in outside territorial waters.

The first 2,000 MW of HIP Atlantic’s generation capacity, which will be located off the southern and eastern coastlines of Iceland, is projected to be operational in early 2025, coinciding with the decommissioning of the UK’s final coal-fired power facilities and the last of its original generation of commercial nuclear power reactors. Importantly, the HIP Atlantic HVDC transmission cables will never link to the Icelandic transmission system: the high-availability wind capacity will only be connected to the United Kingdom, with National Grid dispatching the power.

HIP’s planned offshore wind pods in the North Atlantic will be situated in a different meteorological catchment region than current North Sea and Irish Sea wind farms, allowing HIP renewable electricity to be delivered when existing British wind farms are stranded. This range of wind sources creates a geographical portfolio effect, which protects the UK transmission grid from having too much offshore wind power in one place.

In every aspect of its equipment production and installation process, HIP Atlantic wants to maximize British made content: throughout offshore wind turbine and cable fabrication, installation, and operations, HIP wants to create more long-term, high-value jobs across the United Kingdom than any prior wind farm linked to the National Grid. In the United Kingdom, the initial 2,000 MW capacity will create 15,000 new jobs.

Iceland will benefit significantly from HIP Atlantic’s offshore wind investment program. The first Icelandic investment in the project’s first 2,000 MW pilot phase is estimated to be £2.9 million ($4 million) in 2021, increasing to £144 million ($200 million) by 2025. The 2,000 MW pilot phase is expected to create up to 500 new employment in southern and eastern Iceland. 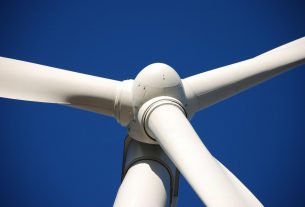 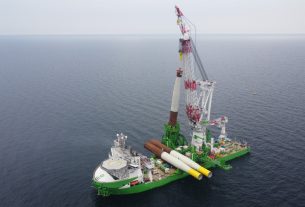 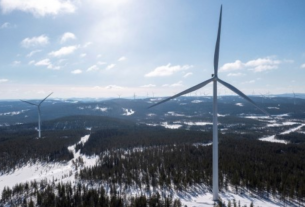 Vattenfall to inaugurate its largest onshore wind farm in Sweden