United Kingdom – With governments and the global community focused on how to handle the climate catastrophe, now is a good time to evaluate the role floating offshore technologies will play in the path to Net Zero.

While offshore winds in shallow waters have been harnessed by fixed bottom wind turbines, wind and wave energy in deep water remains largely untapped, accounting for around 80% of our oceans’ exploitable energy resources.

The Climate Change Committee has updated its guidelines on the role of offshore wind in achieving Net Zero. While the UK government has already established a target of 40GW of offshore wind by 2030, current guidance shows that the UK will require roughly 100GW of offshore wind by 2050 to achieve Net Zero, with floating wind accounting for up to 50% of that ambition. That marks a significant challenge for the sector, but one that it is well prepared to meet.

Bringing new and innovative technology to scale necessitates that it be manufactured and implemented totally commercially. This necessitates competition as well as large-scale equipment producers collaborating with project development partners. Projects must be financially viable and have sufficient access to funding, insurance, and warranties.

There are parallels to be drawn with the development of fixed onshore and offshore wind. In 2020, renewable electricity generation in the UK will surpass fossil fuels for the first time, with fixed onshore and offshore wind providing more than half of the country’s renewable electricity. Fixed offshore wind has quickly matured into a fully commercialized product. The UK floating wind business is nearing commercialization and scale, and it is expected to grow substantially in the future years.

Indeed, our flexible floating platform technology is the only solution of its kind that can be designed to harvest wind and wave energy in deep water as a combined solution or separately. Our best-in-class modular platform architecture, as well as the fact that it can be made from local content, helps to decrease manufacturing and deployment costs by supporting a local logistics model. The design’s intrinsic stability and ease of operation reduce maintenance and continuing running costs, while optimal energy acquisition across wind, wave, or combined wind and wave promotes efficient energy output. These advantages give utility scale developers the most options in terms of lowering costs and enhancing local economic benefits, while also expediting farm implementation at scale.

With large-scale projects less than eight years away, floating offshore wind has the potential to be “subsidy-free” by 2030. This is set against a context of positive dialogue and partnership between industry, government, and other stakeholders, with lessons learned from fixed bottom offshore wind deployment being applied to speed the development of floating offshore wind at scale. Yes, there will be many obstacles ahead, but collaboration and communication will assist to overcome some of them. To that aim, Marine Power Systems has joined a coalition of significant UK and US partners led by DNV, a world-leading consulting and advisor to the marine sector, to research the use of “wake steering” to further optimize power output in floating offshore wind farms.

In the direction of economic and environmental sustainability

UK waters, particularly the deeper waters to the west of the country, are well adapted to exploitation of floating offshore wind, and many of the skills and knowledge gained from North Sea oil and gas are easily transferrable to the deployment of large scale floating offshore wind projects. The industry has the potential to generate £43.6 billion in UK gross value added (GVA) by 2050, supporting over 29,000 employment. Many places of the world, including as Japan and the west coast of America, are also surrounded by deep waters, and it has been projected that the value of global floating wind projects that are planned or under development totals more than $100 billion in capital investment alone between now and 2035.

It is an extremely exciting period for the sector, and floating technologies will play a crucial part on the path to Net Zero, both in the UK and globally. We are in a really good position in the UK, and floating offshore technologies will not only help us address the climate catastrophe, but will also give a significant benefit and return on investment for the UK economy. 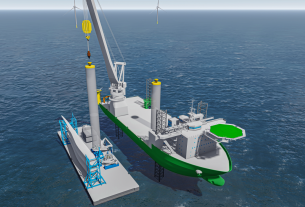 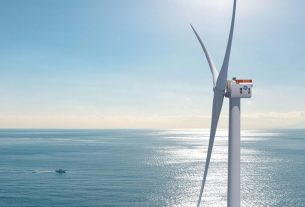 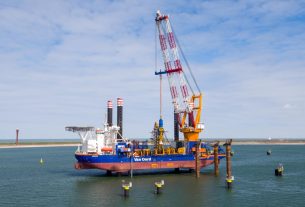