France – The first French Crew Transfer Vessel (CTV) dedicated to the operations and maintenance of the Saint-Nazaire wind farm is launched by Louis Dreyfus Armateurs and Tidal Transit.

This comes as EDF Renewables and GE Renewable Energy announce the first offshore wind turbines will be installed on the Saint-Nazaire.

Louis Dreyfus Armateurs and Tidal Transit were chosen by GE Renewable Energy for two CTVs for the Saint-Nazaire offshore wind farm in December 2020. The two CTVs began construction in 2021, with a planned commissioning in summer 2022.

This order, along with one from EDF Renewables, has allowed for the structure and development of a vital part of the French maritime sector dedicated to Marine Renewable Energies. Indeed, two other industrial partnerships for the design and construction of these vessels have been formed with French companies. The innovative design was created by MAURIC, a Nantes-based naval architecture firm, and the construction was completed by the French shipyard OCEA, which has production facilities in France.

The CTVs, which are the first to be entirely designed and built in France, will be tasked with transporting technicians and their equipment between the coast and the wind farm in order to maintain the turbines. These ships are outfitted with batteries, allowing them to operate in hybrid mode, as well as a foil to reduce their fuel consumption and environmental impact.

The Saint-Nazaire wind farm will have an installed capacity of 480 MW and will supply the equivalent of 700,000 people’s consumption with 80 GE Haliade 150-6MW wind turbines. 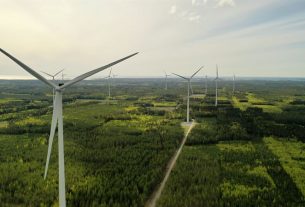 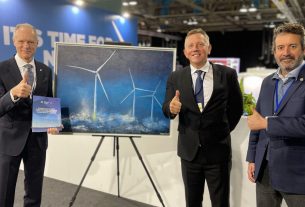 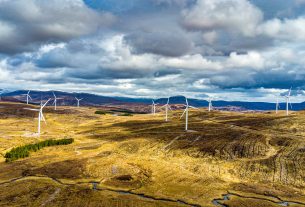