United States – Vineyard Wind has received the Record of Decision (ROD) from the U.S. Department of the Interior Bureau of Ocean Energy Management (BOEM).

This represent the final major step in the federal review process for the first commercial scale offshore wind farm in the United States. Vineyard Wind is a joint venture between Avangrid Renewables and Copenhagen Infrastructure Partners (CIP).

“Today’s Record of Decision is not about the start of a single project, but the launch of a new industry,” said Vineyard Wind CEO Lars T. Pedersen. “Receiving this final major federal approval means the jobs, economic benefits and clean energy revolution associated with the Vineyard Wind 1 project can finally come to fruition.”

Since 2017, the Vineyard Wind 1 project has been through an unprecedented and exhaustive public review process that generated more than 30,000 public comments, more than 90% of which supported the project. The Construction and Operations Plan (COP) was reviewed by more than two dozen federal, state, and local agencies over the course of more than three and a half years.

World’s most powerful wind turbine for the project

The project design includes the world’s most powerful wind turbine, the GE Haliade-X, with a capacity of 13 megawatts (MW). The larger turbine capacity has allowed the project to reduce the total number of turbines from 108 to 62 while still delivering a total capacity of 800 MW to Massachusetts ratepayers. The turbine layout, which features consistent spacing of one nautical mile between turbines, was endorsed by the United States Coast Guard for transit, fishing and navigational safety.

Vineyard Wind 1 is an 800 MW project located 15 miles off the coast of Martha’s Vineyard and will be the first commercial scale offshore wind project in the United States. The project will generate electricity for more than 400,000 homes and businesses in the Commonwealth of Massachusetts, create 3,600 Full Time Equivalent (FTE) job years over the life of the project, save ratepayers $1.4 billion over the first 20 years of operation and is expected to reduce carbon emissions by more than 1.6 million tons per year.

Vineyard Wind will reach financial close in the second half of 2021 and begin delivering clean energy to Massachusetts in 2023. 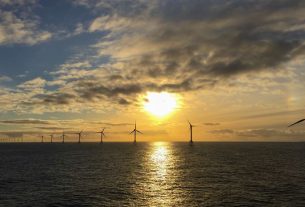 Rosenberg and Blavinge team up for floating offshore wind 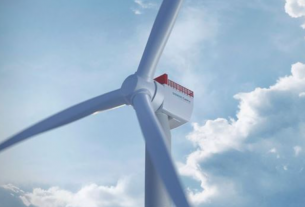 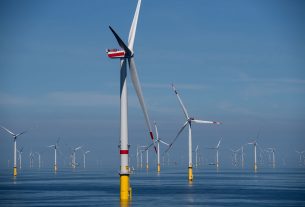