The German Federal Ministry for Economic Affairs and Energy will fund the development of the Advance Casting Cell (ACC) 3D printer, which will be capable of printing molds to cast components for the nacelle of the GE Haliade-X that can each weigh more than 60 metric tons, reducing the time it takes to produce this pattern and mold from ten weeks or more to just two weeks.

Furthermore, by eliminating the need to transfer huge parts from a central manufacturing location, the usage of the 3D printer is intended to lower the product’s carbon footprint. The partners anticipate that the project will begin in the third quarter of 2021, with initial printer trials beginning in the first quarter of 2022.

The project entails the creation of a new large-format 3D printer capable of generating sand molds for casting the highly complicated metal elements of various forms and sizes that comprise an offshore wind turbine nacelle. The modular 3D printing technique, which is based on voxeljet’s core “Binder-Jetting” technology, can create molds for castings up to 9.5 meters in diameter and 60 tons in weight.

The Fraunhofer Institute for Casting, Composite, and Processing Technology IGCV is in charge of casting and materials technology, as well as digital process monitoring.

The International Energy Agency predicts that global offshore wind capacity would more than triple by 2040, creating a $1 trillion sector as a result of lowering costs, favorable government policies, and technology advancements such as the Haliade-X offshore turbine from GE Renewable Energy. GE Renewable Energy has been chosen to deliver its Haliade-X turbine for 5.7 GW of projects in Europe and the United States. As a member of the Offshore Wind Industry Council (OWIC), the corporation supports a variety of projects aimed at expanding the generation of sustainable wind energy. 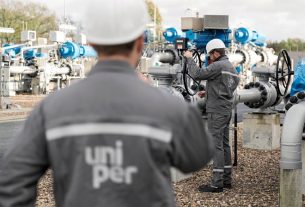 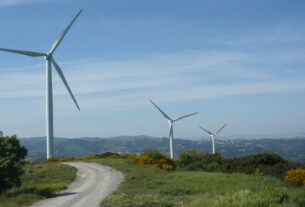 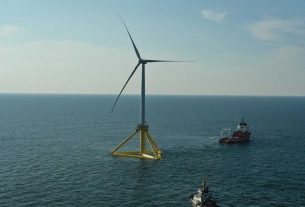