Skip to content
Home > Opinion > All hands on deck

Siemens Energy CEO Christian Bruch reacts to the COP26 goal of facing out coal and emphasizes supporting the poorer countries in the energy transition as a success factor. But the Siemens CEO also sees a consistent CO2 price as key factor to decarbonize the world.

The world seems to be off course: The effects of human-caused climate change are enormous and are already bringing numerous regions to the edge of disaster. Extreme weather events, as we have experienced around the globe this summer, threaten to become the norm and do not promise anything good for the future. The Intergovernmental Panel on Climate Change has already raised the warning that the average global temperature could rise by more than 1.5 degrees before 2030. The Paris climate target, agreed by around 200 nations in 2015, would thus be history in less than eight years. The promise made by some 200 countries to save the world from collapse would then be invalid.

The positive news is that we can still turn the tide and change a lot. But we must act now. Declarations of intent and the inflationary overachievement of targets without corresponding measures are no longer enough. Anyone who promises climate neutrality for 2050 must say today what they want to have achieved in one, five and ten years.

Whether Glasgow really marks the start of the decade of implementation can only be judged when the World Climate Summit comes to an end. However, it seems that the hopes placed in COP26 will not be fulfilled. Nevertheless, we should take away from Glasgow the commitment to achieve more than can be described by final declarations alone.

The IPCC report was very clear, we need to act, and we need to act now. It’s not just about introducing new technologies. Nor is it just about saving a little energy. It’s about fundamentally changing our approach to dealing with energy in an environmentally responsible and climate-friendly way. This affects everyone, whether politicians, corporations or citizens. Everyone is needed on deck here.

The coal phase-out is inevitable

At the top of the to-do list is the phase-out of coal. A good 70 percent of global CO2 emissions from electricity generation are caused by coal-fired power plants. According to the London-based think tank E3G, the number of new coal-fired power plants planned worldwide has fallen by two-thirds since the UN climate summit in Paris in 2015, but numerous influential countries around the world still rely on coal. There is no question: the phase-out will cost money and will be an international effort. The richer countries will have to help the poorer countries in accordance with the Paris Agreement. But it is definitely a sensible investment in the future.

In Germany, for example, the last coal-fired power plant is scheduled to go offline in 2038. But it seems relatively likely that the new coalition will agree on a faster phase-out. It would be desirable.

The United Kingdom shows that a faster phase-out of coal is possible. Just in time for the world climate summit in Glasgow, the share of coal has fallen to an all-time low; the fossil fuel still accounts for just under two percent of the electricity mix – ten years ago, it was still around 40 percent. Boris Johnson and his confederation of states want to have completely phased out coal-fired power generation in just three years. Such measures are having an effect; in the last 30 years, emissions from power generation in the UK have fallen by almost two-thirds. The Kingdom has achieved this not only through the increased use of renewable energies (and nuclear power), but also through the use of natural gas. While environmental groups criticize the use of the fuel, the fact is that natural gas can help significantly reduce CO2 emissions immediately. Of course, more renewable energies are preferable. But the quantities available are currently nowhere near enough to meet the world’s electricity needs. If gas helps us build a bridge by reducing CO2 emissions by a good two-thirds compared to coal, while guaranteeing security of supply, then we should use the bridge. Will gas still be the right approach 25 years from now? Probably not. But we should finally stop always talking about long-term targets and act immediately.

Financial compensation for countries on a global level

Another important factor for the success of Glasgow will be whether the industrialized countries keep their promise to support the energy transformation in the poorer countries with 100 billion U.S. dollars annually. This was first decided in 2009 at the World Climate Conference in Copenhagen, and the money was supposed to start flowing in 2020. However, not enough has happened; experts estimate that the target of 100 billion U.S. dollars per year will not be reached for another two years. Yet the poorer countries are in urgent need of support, and not just for the coal phase-out. The effects of climate change are unevenly distributed, with developing countries and the southern hemisphere being hit hardest. This must be taken into account. Not only was it affirmed in the Paris Agreement, but it is also the moral obligation of the industrialized countries, which have built up their prosperity over decades at the expense of the environment and thus at the expense of poorer countries.

A decade of action – it’s up to us

Finally, we cannot avoid the consistent introduction of a CO2 price if we are serious. Without appropriate incentives, behavior will not change, neither that of individual countries nor that of industry. How high the price per ton must be for it to have an effect can vary from sector to sector. There are already enough studies and expert opinions on this. However, it is important that there is a common, fair price system in as many regions as possible that takes account of international competition and prevents social burdens – and thus the division of society – through compensation mechanisms.

We should not accept falling short of the original claim. No matter what the delegates in Glasgow decide, in the end it is also up to each of us ourselves whether we get back on track and turn things around. Every politician, every company and ultimately every consumer has a responsibility. We need a social consensus that change is necessary and positive, and that sustainability has value. We are already in the middle of the storm. And that’s where it has to be: all hands on deck. 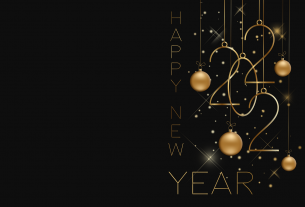