The Netherlands/Germany – Dutch DSO Gasunie will be taking extra steps in the coming period to safeguard the security of gas supply for the Netherlands, Germany and Europe. In concrete terms, this involves the construction of a new storage terminal for LNG and sustainable energy in Brunsbüttel (Germany). Gasunie is also investigating the possibilities for further increasing the import capacity for LNG into the Netherlands this year. Gasunie is taking these steps in close cooperation with the Dutch and German governments.

Han Fennema, CEO of Gasunie: ‘The Russian invasion of the Ukraine is a major humanitarian tragedy and we sympathise with the people who are now suffering the consequences of the war. It is clear that this war has consequences for European energy policy. As a state-owned company, we are in close contact with the Dutch and German governments. We share our knowledge and expertise to safeguard the security of gas supply in the short and longer term for households and businesses. To this end, we are taking concrete steps to build new energy infrastructure as quickly as possible.

In his speech to the Bundestag on Sunday 27 February, German Chancellor Scholz announced the construction of two energy import terminals. One of these is a terminal in Brunsbüttel that Gasunie is developing. Talks with the German government about the construction are in the final stage. Gasunie hopes to start construction of the terminal before the end of the year. In addition to LNG, this terminal will also be made suitable for importing (green) hydrogen. Gasunie is also investigating in the short term how LNG import capacity in the Netherlands can be further increased. In this way, dependence on gas imports from Russia can be reduced.

Gasunie also freezes all non-operational relations and contacts with Russian companies such as Gazprom. From the nine per cent shareholding, Gasunie’s CEO has a seat qualitate qua on Nord Stream’s Shareholders Committee. In the light of current developments, Han Fennema is suspending his activities in this connection. Cooperation in the area of knowledge sharing and scientific development is also frozen.

Operational contacts with Russian companies have been reduced to the minimum level necessary to facilitate security of supply for the Netherlands and Europe via our infrastructure. Due to the major social and economic consequences for society in Europe, Gasunie is following the government’s policy on gas imports from Russia. Naturally, Gasunie is acting entirely in line with European and Dutch sanctions policy. 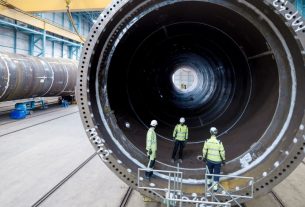 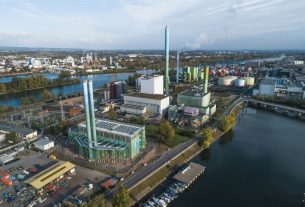