Europe – Location matters. So does the type of business. Political conditions certainly. The Hydrogen Trail Europe offers several lessons. Especially about the different choices different companies make in different locations with different circumstances. The situation matters, we learned in the first week of the trail. In the second week, that observation was only confirmed.

There are opportunities for hydrogen-powered trucks in Spain. In any case, Resilient Group sees great opportunities there because in Spain much freight transport goes by road. There is less rail transport than in many other European countries and there are also fewer opportunities for inland shipping.
In Barcelona, precisely during HYTE, the investment company organized a demonstration week for truck drivers to get acquainted with a hydrogen-powered truck. It was also an interesting encounter with the Hyzon truck produced in the Netherlands for HYTE travelers. The drivers were particularly surprised by the silence in the cabin. No engine to be heard. And the travelers saw a jet coming from somewhere under the truck. Water, nothing but pure water.

Near to Barcelona is Taragona, the largest chemical cluster in southern Europe. There, the local university took the lead on hydrogen plans. Among other industrial players, they were asked what their ideas and plans are in the field of hydrogen. Based on that, a plan was written. Bottom up, rather than a top-down direction. It yielded a lot of information and also many opportunities for synergy that otherwise would have gone unseen. And the approach undoubtedly has a positive impact on the involvement of the various parties and also on how emission-free hydrogen will find its way into that industrial cluster.

The Trail’s hidden treasure the travelers found in the interior of Spain, in Puertollano to be exact. There, the largest electrolyzer in Europe has been standing for a few months. Hidden, because because Fertiberia and Iberdrola conduct their communications primarily in Spanish, this gem has barely made it to the international press.
And speaking of situational… The sun-drenched part of Spain seems ideal for the production of affordable hydrogen. Iberdrola produces hydrogen with a 20-megawatt electrolyzer using solar energy from parks in the immediate area. Because of the huge amount of sun, the power generated is cheap, making the production of hydrogen relatively inexpensive.

By binding the produced hydrogen to nitrogen from the air, Fertiberia produces the important building block ammonia for its fertilizer production. In Puertollano, this will allow Fertiberia to replace ten percent of its existing production. The intention is for Fertiberia to produce an increasing proportion of its fertilizer production in this CO2-neutral way. In Puertollano, but also in other places on the Iberian Peninsula. And even in northern Sweden, where solar energy will then be exchanged for hydropower.
It does not seem impossible that important chemical building blocks in the future will be produced where electrical energy is cheapest. Then the building blocks can be transported to the downstream industry, or as in the case of Fertiberia, made into finished products on site. The likelihood of several new chains emerging in new places seems high. Where the situation offers many opportunities. Consider Portugal or Morocco, for example, where there is not only a lot of sun, but also opportunities for offshore wind.

Pioneering and scaling up

Starter Lhyfe is a young company that even largely creates the situation itself. And with its dynamic and proactive approach, Lhyfe manages to attract a lot of capital. The company does not wait; it learns by doing. On the west coast in France, in Bouin, a 2 MW electrolyzer from the company has been producing hydrogen from seawater since last year. And in late September 2022, in Saint-Nazaire, Lhyfe will launch a pilot plant to produce hydrogen at sea. The electrolyzer on a floating platform will be connected directly to a Vestas floating wind turbine about 26 – 30 kilometers from the coast, in the Atlantic Ocean.

Lhyfe’s philosophy is not to wait, but to start now with smaller installations to scale up later. Thus, the company wants to pioneer and scale up based on lessons learned. For several locations in Europe, including Dutch and German industrial clusters, the startup is developing plans for plants with capacities of tens and even hundreds of megawatts. Because the company is still young, it is still hardly part of existing systems. As a result, it is not tied to existing sites or, for example, a huge workforce. It can therefore seek out the situation for itself and even bend it to its will.

The Physical Trail ended in Antwerp in early July, at Air Liquide on the site of chemical company Covestro. To visit the gases producer’s new-generation steam reformer, which opened last year. It is a traditional hydrogen plant, but the most efficient available. Air Liquide also has big plans for electrolysis, particularly in Terneuzen and Normandy. But large-scale green hydrogen plants are not there yet, even though the demand from industry is there. That is why the company has yet to build a steam reformer in recent years, perhaps the last of its kind.
However, it does plan to reduce the CO2 footprint of traditional hydrogen production as well. CO2 from existing plants in Antwerp must soon be captured, then collected, transported and stored or – even better – reused. A joint project with BASF, Kairos@C, is already underway for this purpose. The two companies expect to capture 14.2 million tons of CO2 annually from five different units from 2025 onwards: two ethylene oxide plants, an ammonia plant and two Air Liquide hydrogen plants on the BASF site in Antwerp. The CO2 storage is to be stored under the North Sea in the Netherlands, Norway or Britain. Kairos@C is part of Antwerp@C. In it, a much broader consortium is investigating the feasibility of CO2 infrastructure in the port of Antwerp.
With a little imagination, you could say that Air liquide in the field of hydrogen will go from gray to blue to green in the coming decades. An incremental transition. Moreover, it is also broadening its outlook. The company not only sees opportunities in its traditional industrial market. Like Shell, Hydrospider and Resilient, it also sees a future in the fuels market for heavy transport. Think trucks and shipping.

Perhaps with that we discern an important similarity alongside a great deal of diversity during HYTE. Clear choices are being made. None of the parties visited during focuses on hydrogen for passenger cars, for example. Batteries have a big head start in that field, is an often-heard argument. For now, the arrows from different angles are focused on existing and new industrial chains and heavy transport. The differences are mainly in implementation. Each party visited is embracing hydrogen in its own way and with specific objectives. Often prompted by the situation. 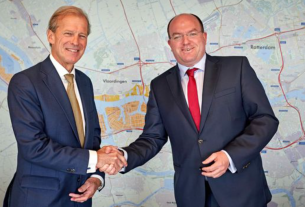 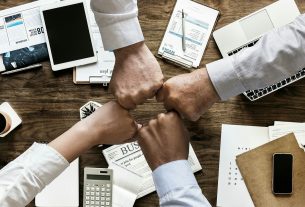 New collaboration to pursue hydrogen and ammonia in US