Germany’s Federal Government specified the composition of the National Hydrogen Council (NHC). Among others, the CEO of Uniper, Andreas Schierenbeck, was appointed to the twenty-six-member committee of experts from science and industry.

The Council’s task is to advise and support the State Secretary Committee of the Federal Government by making proposals and recommendations for action in the implementation and further development of the hydrogen strategy. In order to ensure coordination between the Federal Government and the Hydrogen Council and close links between the Council and the operational work of the ministries in implementing the National Hydrogen Strategy, the heads of the ministries concerned take part in the Council meetings as guests. The Hydrogen Council meets twice a year.

Andreas Schierenbeck, CEO of Uniper: ‘I very much welcome the fact that, following the important economic stimulus package, the Federal Government has now also adopted the National Hydrogen Strategy and, with the NHC, has set up its own expert advisory body. This is a very decisive step for the energy turnaround in Germany and Europe. Uniper is a pioneer in the field of hydrogen and knows the entire value chain from its own practical experience. Proud and feeling the responsibility for being the only direct representative of the German large utilities in the NHC, I am delighted to make this expertise available to the Hydrogen Council. Industry, science and politics in Germany now have the unique opportunity to work together to make the hydrogen economy a fast and practical reality and to make Germany a frontrunner.’

Only a few months ago, Uniper introduced a new decarbonization strategy under the motto “Empower Energy Evolution”. The new strategy envisages a rapid exit from coal-fired power generation in Europe, a consistent expansion of gas activities and the development and promotion of the hydrogen technology and economy to become CO2-neutral in Europe by 2035. Uniper sees hydrogen as an essential element of the low-emission energy mix of the future, together with gas, renewables and hydroelectric power. Hydrogen is the key to decarbonising other major industries such as the steel and chemical industries. Where electricity from renewable energies cannot be used directly, hydrogen and its derivatives open up new possibilities for avoiding CO2.

Schierenbeck: ‘Uniper not only wants to make and drive this change for itself, but also to help its industrial partners with decarbonization and initiate joint projects. The energy turnaround will only succeed as a joint effort by all players. I am convinced that we will increasingly see an interlinking of electricity, gas and hydrogen from the most diverse sources under the keyword Power-to-X. In the future, the fields of energy generation, industrial production, mobility and heat will also become increasingly interwoven. Hydrogen is the connecting element between the sectors and helps us as a society to avoid the billions of euros in damage caused in Germany alone by the destruction of the value of unused electricity from renewable energy sources.’ 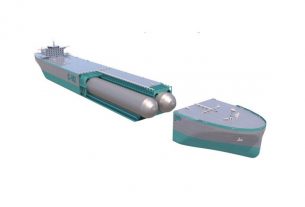