United States – Hydrogen purification can be simplified by using a pump equipped with membrane materials developed by Chris Arges, an associate professor of chemical engineering at Penn State.

For the first time, researchers have recovered 98.8 percent of the hydrogen from a conventional water-cooled water gas shift reactor’s exit stream, which is the highest value ever recorded.

The use of high-temperature proton-selective polymer electrolyte membranes, or PEMs, is required to quickly and economically separate hydrogen from other gas molecules such as carbon dioxide and carbon monoxide. The electrochemical pump separates and compresses hydrogen from gas mixtures using Arges’ PEM and other newly developed materials, making it more efficient than traditional methods. It can also operate at higher temperatures than other high-temperature PEM-type electrochemical pumps, enhancing its ability to separate hydrogen from other gases.

To achieve the separation, the team used an electrode “sandwich,” in which electrodes with opposing charges serve as the “bread” and a membrane serves as the “deli meat.” The electrode ionomer binder materials are designed to hold the electrodes together, similar to how gluten holds bread together.

Because the PEM only allows protons to pass through, carbon monoxide, carbon dioxide, methane, and nitrogen gas cannot pass through. The team created an adhesive phosphonic acid ionomer binder to keep electrode particles in the hydrogen pump together so they could function properly.

Researchers will use their approach and tools to investigate hydrogen purification in natural gas pipelines. Although this method of transporting and storing hydrogen has yet to be put into practice, it holds a lot of promise. Hydrogen could be used to support solar and wind energy systems, as well as a variety of other environmentally friendly applications, by using a fuel cell or turbine generator.

The US Department of Energy’s Office of Energy Efficiency and Renewable Energy provided funding for this project. 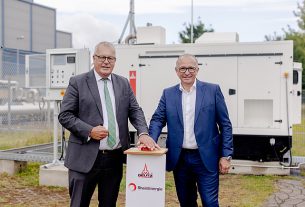 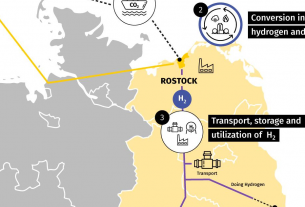 Equinor and VNG partner on hydrogen, ammonia and carbon capture 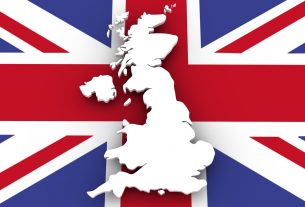