Australia – The Hydrogen Energy Supply Chain (HESC) Pilot Project announced the commencement of operations at both Victorian sites of its world-first integrated supply chain. The HESC Pilot is developing a complete hydrogen supply chain. Creating hydrogen gas via the gasification of coal, transport to the Port of Hastings for liquefaction, and shipment to Japan.

Hirofumi Kawazoe, from Hydrogen Engineering Australia: ‘The next major HESC Pilot development will be the first shipment of hydrogen between Australia and Japan, aboard the world’s first purpose-built liquefied hydrogen carrier, the Suiso Frontier. The eyes of the world will be on Victoria, when shipments of liquefied hydrogen commence this year.’

The CarbonNet Project is developing in parallel with HESC and is essential for the hydrogen pilot’s commercialisation. If both projects are commercialised, CO2 captured during hydrogen production would be transported and stored by CarbonNet. Rather than entering the atmosphere, CO2 emissions will be safely stored in rocks 1.5 kilometres beneath Bass Strait. A commercial-scale HESC project could produce 225,000 tonnes of clean hydrogen annually with carbon capture and storage.

The HESC Pilot is being delivered by a consortium of experienced industry partners from Japan and Australia including Kawasaki Heavy Industries, J-POWER, Iwatani Corporation, Marubeni Corporation, AGL and Sumitomo Corporation, supported by the Victorian, Australian and Japanese Governments. 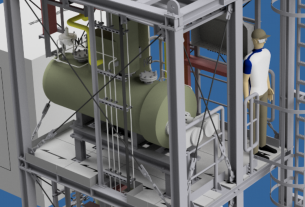 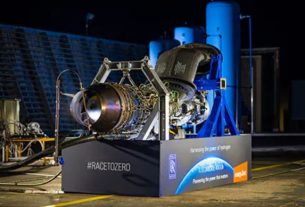