Greece – A 1MW electrolysis facility in Greece has started producing green hydrogen under the direction of Linde.

The facility is Greece’s first of its sort. Mandra, in the West Attica region, is home to Linde Hellas’ green hydrogen manufacturing plants.

Electricity from renewable energy facilities is used in the electrolysis process. Green hydrogen is created electrochemically from water using renewable wind and solar energy. According to the company, which provides businesses and hospitals with gases like oxygen, nitrogen, and hydrogen, it was the first green hydrogen manufacturing in Greece.

‘Linde is taking an important first step towards establishing the green hydrogen economy in Greece, allowing us to advance our sustainability agenda across the country,” said Oana Reiber, General Manager of Linde Hellas. 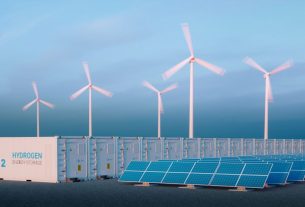