The Netherlands – Milk and Dairy producer FrieslandCampina puts it’s first hydrogen powerd truck into use. The truck will collect milk in the Dutch Groningen region, but will expand as the hydrogen infrastructure allows it.

The milk trucks of FrieslandCampina that are on the road are becoming increasingly sustainable. For example, over the last decade, the dairy company managed to reduce the CO2 emissions per kilometre of transport between farms and production locations by 18.1 percent already. Now another step is taken in the further improvement of the sustainability of milk transport by putting the first 50 tonnes hydrogen-powered milk truck into use. At this moment, only the infrastructure in the Groningen region (the Netherlands) allows for the use of hydrogen milk trucks, but possibilities to expand to other parts of the countries are actively under investigation.

Hans Wieleman, Manager Milk Logistics at FrieslandCampina: ‘We keep challenging and improving ourselves step by step. Over five years ago, FrieslandCampina started using liquid natural gas (LNG) as cleaner fuel for the milk trucks and we – successfully – stimulated filling stations all over the Netherlands to supply this type of fuel. Now we try to do the same with hydrogen in close cooperation with producer Hyzon and carrier Transport Groep Noord. Transport is and will remain important to further increase the sustainability at FrieslandCampina.’

In the sustainability programme ‘Nourishing a better planet’ FrieslandCampina sets itself a few ambitious goals, including CO2-neutral production in the year 2050. As an intermediate step the dairy company wants to have reduced the greenhouse gas emissions by more than one third in the year 2030. Continuous improvement of the sustainability in transport is an important part of this.

In the period between 2010 and 2020, the CO2 emissions of the milk trucks per kilometre driven decreased by 18.1%. This reduction was established by means of various initiatives, including electric pumping when loading the milk at the farm, making use of green electricity generated by member dairy farmers and solar cells on the milk trucks. 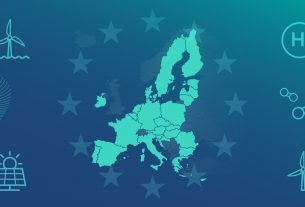 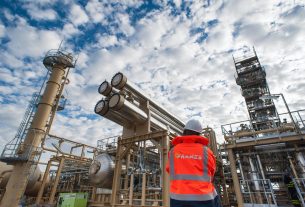