The bank would contribute €3 billion to the development of a hydrogen futures market.

“Hydrogen may be a game changer for Europe,” Von der Leyen stated in her State of the Union speech. Our hydrogen economy has to expand beyond a small niche.

In order to close the investment gap and link future supply and demand, Von der Leyen remarked, “We must establish a market maker for hydrogen.

With REPowerEU, the European Union has increased its 2030 objective to create ten million tons of renewable hydrogen annually in the EU. REPowerEU is the European Commission’s initiative to make Europe independent of Russian fossil fuels.

This domestic goal would replace natural gas, coal, and oil in transportation and hard-to-carbonize industries when paired with annual hydrogen imports of 10 million tonnes.

The European Green Deal, the EU’s long-term growth strategy to achieve a climate-neutral Europe by 2050, includes hydrogen as a vital component. In addition to the legally enforceable promise to cut net greenhouse gas emissions by at least 55% by 2030 compared to 1990 levels, this objective is set down in the European Climate Law. 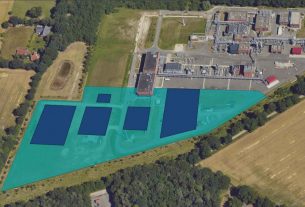 RWE applies for approval of hydrogen storage facility in Germany