Catalina Phase I is currently in advanced development, with completion and permitting expected in less than two years. Construction is expected to begin in late 2023. The project will include 1.7 gigawatts of wind and solar power, as well as a 500 megawatt electrolyser capable of producing over 40,000 tons of green hydrogen per year. It will connect Aragón and Valencia via a green hydrogen pipeline to supply a newly constructed green ammonia plant with a capacity of 200,000 tons per year.

Green ammonia will be upgraded into green and sustainable fertilisers at Fertiberia’s existing assets in Sagunto (Valencia), marking a significant step forward in the agricultural industry’s decarbonisation. The hydrogen produced will be used to decarbonize other industrial processes as well as be blended into the natural gas grid. Catalina Phase I is submitting an application for grid connection in Andorra (Teruel) at the Mudejar auction, where it will have a significant socioeconomic impact on local municipalities.

Project Catalina will make a significant contribution to Spain’s Recovery, Transformation, and Resilience Plan (PERTE) on Renewable Energy, Renewable Hydrogen, and Storage (ERHA), which aims to position Spain as a global leader in green hydrogen production and management.

Catalina prioritizes engaging with local stakeholders and promoting local socioeconomic development. The Catalina consortium members are convinced that Catalina will make a significant contribution to long-term job creation, research and development, and the promotion of new local value chains, all of which will help to boost the local economy. Catalina Phase I is expected to generate up to 5,000 jobs during construction and installation.

Members of the Consortium have signed a letter of intent pledging to work together to complete the Project. The project’s required investment as well as each partner’s specific participation will be approved in due time. 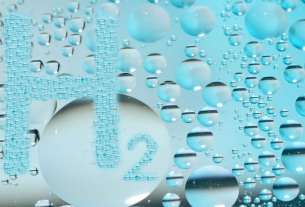 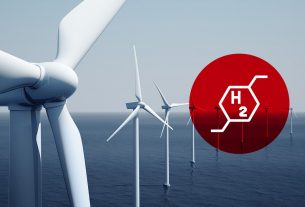 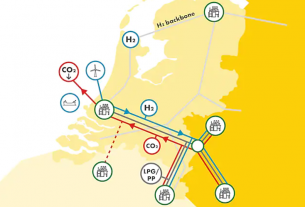 Dutch and German get hydrogen and CCS access through Delta Corridor