The plan will capture and store up to two million tonnes of carbon dioxide (CO2) each year, which is equal to capturing the emissions from the heating of one million UK households.

The planned H2Teesside development would be a major step in the development of bp’s hydrogen sector and would make a substantial contribution to the UK Government’s goal of developing 5GW of hydrogen supply by 2030.

With its proximity to North Sea storage sites, pipeline corridors, and advanced active hydrogen storage and distribution infrastructure, the region is strategically positioned for H2Teesside to help lead a low-carbon transition, promoting employment, regeneration, and revitalization of the surrounding area. Teesside industries account for more than 5% of UK industrial pollution, and the city is home to five of the country’s top 25 emitters.

The project will be based in Teesside, north-east England, and could begin production in 2027 or earlier if a final investment decision (FID) is taken in early 2024. BP also started a feasibility report on the proposal to look at technology that could absorb up to 98% of the carbon emissions from the hydrogen manufacturing process.

H2Teesside’s large-scale, low-cost development of renewable hydrogen could enable the conversion of nearby factories to use hydrogen instead of natural gas, contributing significantly to the decarbonization of a cluster of industries in Teesside.

Blue hydrogen is formed by converting natural gas into hydrogen and CO2, which is then captured and deposited indefinitely. H2Teesside will be combined with the region’s current Net Zero Teesside (NZT) and Northern Endurance Partnership (NEP) carbon capture, use, and storage (CCUS) programs, all of which are headed by bp as operators.

The hydrogen generated by the project could provide clean energy to industry and residential homes, be used as a fuel for heavy transport, and aid in the development of alternative fuels such as bio and e-fuels.

The project will be implemented in phases, with an initial 500MW of blue hydrogen capacity in production by 2027 or sooner, and further capacity installed by 2030 as the industrial cluster’s decarbonization and hydrogen demand accelerate. Beyond 2030, BP sees prospects for increased hydrogen demand in Teesside.

bp has reached a series of agreements with potential collaborators in order to facilitate the creation of the hydrogen cluster.

bp has signed a memorandum of understanding (MoU) with Venator, one of the world’s leading manufacturers of titanium dioxide pigments and performance additives, to discuss the prospect of providing clean hydrogen to its flagship Teesside facility.

Separately, bp has signed an agreement with Tees Valley Combined Authority (TVCA) to investigate the potential for green hydrogen in the area, including the construction of Teesside as the UK’s first hydrogen transport center, as announced by the UK’s Department for Transport in September 2020. Green hydrogen is formed by the electrolysis of water, which is driven by renewable energy.

The development of companies in new technology such as hydrogen and CCUS is a key component of BP’s plan to become an integrated energy provider. Hydrogen is expected to play a critical role in decarbonizing the oil, manufacturing, and transportation sectors, especially those that are difficult or costly to electrify.

Last year, bp and Ørsted signed a Letter of Intent (LOI) to work together to develop a ‎project in Germany for industrial-scale production of green hydrogen, made by the electrolysis of water using ‎renewable power. 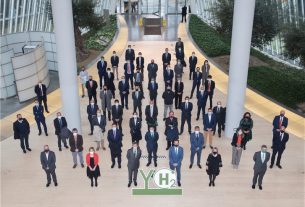 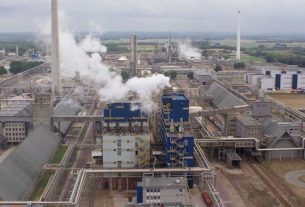