Sensors without a battery, powered by the temperature difference between the surface to which the sensor is attached and the surroundings: Daniel Vakulov designed a microgenerator based on nanowires that makes this a possibility.

Minuscule smart sensors, reporting measurements wirelessly over the internet, are already being used to monitor industrial and logistics processes. In all likelihood they will become a growing presence in our homes and public spaces as well. As it is impractical to keep replacing batteries in these countless sensors, every effort is being made to find smarter ways of powering them. The thermoelectric effect, as it is called, whereby ambient heat energy is converted into electricity is an obvious candidate.

To put it simply, you can generate electricity by adding heat energy to a material that can lose its energy in the form of an electric current but not in the form of heat. Prompted by this knowledge, doctoral candidate Daniel Vakulov did research in the Advanced Nanomaterials & Devices group (Department of Applied Physics) on the thermoelectric properties of nanowires. His work was based on the idea that these threads are too thin to transport heat effectively via vibrations but thick enough to conduct electricity.

For this application, the material indium antimonide (InSb), from which high-grade nanowires (measuring 0.1 micrometer in diameter) can be made in TU/e’s cleanroom, has favorable properties, Vakulov explains. ‘This is mainly due to the material’s heavy atoms.’ As the final element of his doctoral work, the Russian produced a design for a microenergy source made of these nanowires. He brings over his latest prototype: it looks like a piece of transparent sticky tape, etched with a pattern of dark squares. ‘Each of these fields is a thermoelectric generator,’ he explains. ‘The plastic provides the necessary support, as well as the thermal and electrical insulation.’

Each generator consists of an square no wider than half a millimeter. Pricking up through this surface like reeds are about a million nanowires, each one four micrometers long and encased in transparent plastic. The doctoral candidate demonstrated that each of the microgenerators provides 40 microwatt of electrical power at a temperature difference of three degrees Celsius. Not very much, but then hundreds of these thermoelectric microgenerators can fit on a fingernail. Linked together, says Vakulov, they should provide enough power for the kind of sensor you would stick on a wall or ceiling. ‘The difference in temperature between this kind of surface and the surroundings is actually always enough to power a sensor.’ Sufficient reason then to file a patent application for the design.

As yet there are no concrete plans to launch his microgenerator commercially, says Vakulov. However, a new project involving new materials has just started in the group; perhaps these materials will work even better. Another obvious step is to combine these thermoelectric generators with solar cells, whereby the excess heat from the panels would be used by the generator.’ As for the Russian, he will be staying on until the summer as a postdoc at Advanced Nanomaterials & Devices and after that he is keen to carry on researching sustainable energy, preferably in the Netherlands. ‘I like it here. The direct communication style suits me.’ 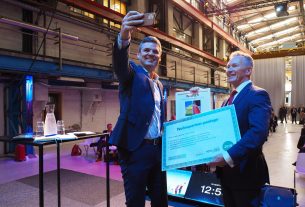 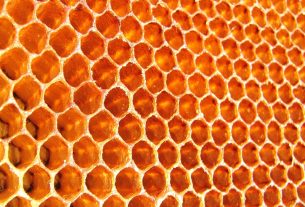