In order to meet climate targets, many companies are investigating how they can become less dependent on natural gas. Electrification is one of the possibilities, but it also has its drawbacks. Izak Boot, energy specialist at engineering and consultancy firm Bilfinger Tebodin, advocates smart electrification by using a step-by-step plan. According to him, much more attention should also be paid to the reuse of residual heat.

Izak Boot noticed that customers increasingly ask Bilfinger Tebodin how to be less dependent on natural gas and what role electricity can play in it. ‘In the Netherlands the letter sent by Minister Wiebes (of Economics and Climate) two years ago is often the trigger. He wrote that companies should be rid of gas by 2030. Another reason for the questions we get, are requirements imposed from abroad by a head office without local knowledge or in countries without an extensive natural gas network and a high supply of renewable electricity. Here in the Netherlands, the situation is often completely different. We are dependent on natural gas. Plants are equipped for it and gas is cheaper than electricity.’

Customers are often frightened when they see the conclusions of a scenario study or feasibility study for a gas-free factory. ‘Sustainability costs a lot of money’, says Boot. ‘It’s a puzzle to find a profitable business case. If you want to eliminate gas completely by means of electrification, it really is unaffordable. That’s why I’m pleading for smart electrification.’

Boot pleads not to electrify directly, but to use a step-by-step plan. The first step is to reduce energy demand and use existing energy carriers as optimally as possible. The next step is to reuse residual heat. ‘It’s a shame to make new heat if a factory has a surplus’, says Boot.

That’s why he believes more attention should be paid to the reuse of industrial waste heat. ‘Electrification sounds more interesting than heat recovery, because that’s what we’ve been talking about for twenty years. What you see is that companies do not recover heat because the payback period is seven years, whilst at the same time they are working on scenarios for electrification in which the payback period is negative. As Bilfinger Tebodin, we would like both companies and the government to give more attention and priority to the reuse of residual heat. It’s not a one hundred percent solution, but it’s a very cost-effective first forty percent.’

The third step towards electrification is to increase the residual heat potential and make even better use of it by using heat pumps. This allows companies to use heat that they couldn’t use by bringing it up to a higher temperature. ‘Actually, this is already a form of electrification, because the compressors use electricity.’

According to Boot, the last step would be to electrify. ‘But companies have to realize that it is expensive. For many companies, heating with gas is twice as cheap as electricity. The step-by-step plan is an increasing scale in cost effectiveness.’

Bilfinger Tebodin applies the step-by-step plan to companies that ask them for advice. The consultancy firm did this for an international food company. The head office’s ambitious question is whether the factory can eliminate the use of natural gas by 2025. Boot: ‘We have investigated their options and the costs. It turns out that a great part of the factory needs to be changed. For example, all the building heating and a new steam supply. You’re really talking about an investment of millions of euros, while their annual natural gas costs are only a small part of the annual budget.’

In the end, Bilfinger Tebodin made a proposal to gradually phase out the gas. This way existing installations can be made more efficient. For example, a thermal oil system in which a lot of heat is lost can be phased out more quickly. 2030 is seen as a more realistic horizon than 2025. With that message, the company is now going to the head office.

For an automotive manufacturer, Bilfinger Tebodin also researched how the company could produce in a more sustainable way in a new factory. Boot: ‘The company needs hot water, but also cold water. We saw a nice synergy in which you can make both heat and cold with heat pumps. We researched the scenario and it turned out that it is hardly more expensive than traditional boilers that run on natural gas. That was the decisive factor for them to opt for this scenario.’

For another customer, Bilfinger Tebodin designed an electric steam boiler and integrated it into the existing steam installation. If windmills create an energy surplus and the price is low, the energy supplier can turn on the electric steam boiler. At that moment, steam can be made cheaper with electricity than with natural gas.

These are all steps that bring companies closer to gas-free production. Boot does think that the deadline set by Wiebes in his letter to get rid of the gas is unrealistic for many companies. ‘In the food industry it can be relatively simple, because low temperatures are used. However, for the process industry and chemical companies it is incredibly complicated. The good thing is that the letter has created ambition to tackle this immense problem.’

Want to know more? Sign up for the European Industry & Energy summit 2020

Would you like to hear more cases of Bilfinger Tebodin on electrification? Sign up for the European Industry & Energy Summit 2020. On December 8th, Bilfinger Tebodin will provide a break-out session from 11.50 to 12.30 hours in Studio Amsterdam. This can be followed online for free. You can register here. 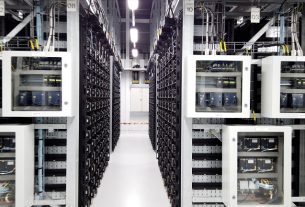 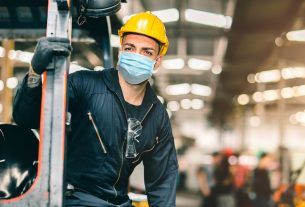 Whitepaper – The new society in the industry 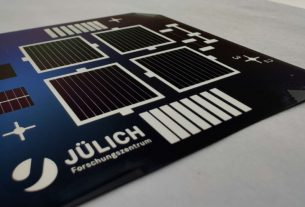