United States – Scientists now have an unrivaled view into the basic biology of the enzymes that break down polyethylene terephthalate (PET). This view is made possible by cutting-edge techniques in machine learning and synthetic biology.

Using these techniques, Gregg Beckham of the National Renewable Energy Laboratory (NREL) and colleagues from the Universities of Portsmouth and Montana State University discovered new enzyme variations that have the potential to break down even the most resistant PET without additional preprocessing.

That may indicate that not only are all types of PET, including carpeting and apparel, on the verge of enzymatic recycling, but that it may soon be more affordable to recycle PET than to create it entirely from scratch using petroleum.

The scientists described the enzymes, increased their efficiency sixfold, and examined the financial and environmental effects of industrial-scale PET recycling in a series of highly referenced publications released between 2018 and 2021. A related article from 2022 evaluated the life cycle effects of an eventual enzymatic PET recycling technology.

These experiments produced quantifiable outcomes. They demonstrated that it was possible to convert nearly 98% of PET back into terephthalic acid and ethylene glycol by treating it for 48 hours in a bioreactor. These are high-quality recycled building blocks that can be used to create new PET bottles or even advanced plastics that are more easily recyclable.

Only a small portion of PET products—those formed from “amorphous” PET—were successfully treated by the enzymes. The widely used, robust “crystalline” PET types proved difficult to break down without first softening them with high heat and additional energy. Nearly 90% of all PET produced, including polyester fibers used in clothes and components of single-use beverage bottles, is crystalline PET.

The researchers need enzymes that were better at dissolving crystalline PET.

To overcome this difficulty, researchers created a statistical model to discover the basic principles governing known plastic-degrading enzymes. The distinct makeup of the enzymes that have been investigated so far was given probability by the model. Additionally, they developed a companion machine-learning model to forecast enzymes’ heat tolerance, which is crucial for industrial applications.

They examined more than 250 million proteins in less than an hour to compile a short list of standout possibilities. Additional testing proved that 36 of them could breakdown PET, and 24 had never been documented in the scientific literature before. Importantly, some were even more effective than amorphous PET at degrading crystalline PET.

Researchers at DeepMind, an Alphabet company, released 3D renderings that showed the structure of the 24 discovered enzymes. DeepMind, known for its deep-learning tool AlphaFold, which it uses to map the “entire protein universe,” described the enzymes so the researchers could compare them side by side and identify their differences. All could disassemble PET, but several had remarkably distinct appearances from one another.

The scientists discovered in further tests that several of the enzymes identified by their machine learning techniques were equally efficient in degrading crystalline and amorphous PET. Simply said, those enzymes may have helped soften the plastic’s bonds without any prior processing.

The researchers had already calculated the financial and environmental benefits of utilizing enzymes active on crystalline PET by the year 2021. When compared to systems that use preprocessing, doing this might lower supply chain energy requirements for an industrial-scale plant by 45% and life-cycle greenhouse gas emissions by 38%.

The benefits to the economy are similarly impressive. They might also manufacture terephthalic acid for less than $1 per kilogram when disassembling trash PET carpeting and garments, which are not recyclable using current technologies. Terephthalic acid made from petroleum has typically cost between $1 and $1.50 per kilogram.

Post-consumer PET products, which are currently frequently a source of pollution, can be converted into useful resources to help foster a plastics industry that is more ecologically friendly.

It is not difficult to conceive how this could change the perception of plastic: since PET is so inexpensive to recycle, economics favor recycling it over throwing it away. Each item enters and starts its round trip as a building brick towards a cleaner, greener world: a T-shirt, a rug, a Coke bottle. 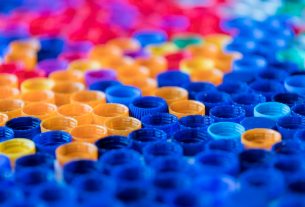 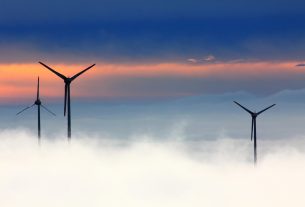 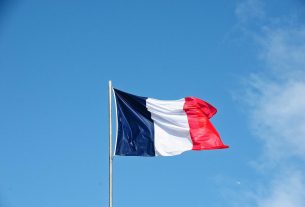