The Netherlands – Shell has developed a new technology to capture CO2 from flue gases and is building a demonstration plant for this purpose on the site of the BMC Moerdijk power plant. In the course of 2024, this will capture around 150 tonnes of CO2 per day.

Solid Sorbent Technology, as the name suggests, makes use of a solid adsorbent to separate CO2 from flue gases. These may come from (bio)gas-fired power plants, the cement or steel industry or hydrogen production. Shell claims that the costs are 25% lower than using existing technologies, which use liquids.

In Austria, the technology has already been successfully tested in a biomass power plant in the so-called ViennaGreenCO2 project. It turned out that 90 per cent of the flue gases can be captured and that the CO2 has a purity level of 95 per cent. The captured CO2 is thus directly suitable for greenhouse horticulture or, after an additional purification step, for storage in an empty gas field.

The new process uses amines, but not in liquid form. Instead, solid particles are brought together with exhaust gas in a fluidized-bed process. The amines are applied to the surface of these porous particles.

Bilfinger is engineering and project partner in the demonstration project, which is called TulipGreenCO2. The aim is to test the technology on a semi-commercial scale and demonstrate its lower cost. It is the final step in scaling up the technology. Bilfinger and Shell want to design, build, operate and maintain the plant together. 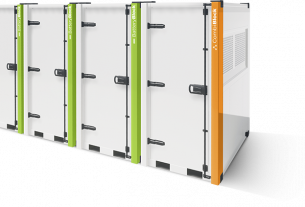 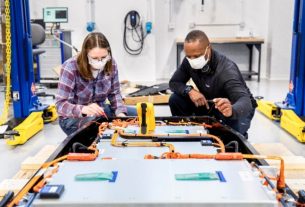