The Netherlands/UK – Shell has laid out its plan to accelerate its transition into a supplier of net zero-emission energy goods and services, led by growth in its customer-driven companies.

Shell is combining its policy, portfolio, environmental and social goals into the priorities of Powering Progress: creating shareholder capital, reaching net zero emissions, powering life and respecting nature. The reshaped organization of Shell will deliver on these objectives across the three market pillars of Growth, Transition and Upstream.

Shell affirmed its cash priorities for returning value to shareholders and increasing value for the future. In the near term, Shell plans to retain underlying operating costs of no more than $35 billion and to seek disbursements of an average of $4 billion per year. Over time, the bulk of capital investment will move to companies in the Growth pillar, attracting approximately half of the increased capital expenditure. Cash flow will follow the same pattern and will become less vulnerable to oil and gas prices in the long run, with a greater correlation to wider economic development.

Shell plans to sell around 560 terawatt hours a year by 2030, which is twice as much electricity as they are offering now. The energy company is expected to invest about $100 million annually in high-quality, scientifically tested on-site ventures to create a large and sustainable industry to help consumers achieve their net zero-emission goals.

Built on Shell’s leading role in hydrogen by establishing interconnected hydrogen hubs for industry and heavy-duty shipping, the goal is to reach a double-digit share in global sales of clean hydrogen.

Shell presented information on how to meet its goal of a net zero-emission electricity sector by 2050, in line with the progress of society towards net zero. This goal includes the emissions from Shell’s activities and the emissions from the utilization of all the energy goods that they market. Most notably, it covers emissions from oil and gas generated by others and then marketed as goods to consumers, rendering the goal extensive.

Powering Progress follows the most optimistic aim of the Paris Agreement on Climate Change to restrict global temperature increases to 1.5° Celsius. In order to reach net zero, Shell will aim to meet short-term goals that will minimize greenhouse emissions as they work towards their aim of 2050. Related to the remuneration of more than 16,500 workers. This requires a new series of goals to total Shell’s net carbon intensity: 6-8% by 2023, 20% by 2030, 45% by 2035 and 100% by 2050, using the benchmark for 2016.

Peaks in the past

Shell expects that its total carbon emissions peaked in 2018 at 1.7 gigatonnes per annum and confirms that its total oil production peaked in 2019. The energy company will seek access to an extra 25 million tons of carbon capture and storage (CCS) capacity each year by 2035. Actually, three main CCS ventures, part of which is Shell, Quest in Canada (in operation), Northern Lights in Norway (sanctioned) and Porthos in the Netherlands (planned), will have a combined capacity of approximately 4.5 million tons.

Furthermore Shell plans to use nature-based solutions (NBS) in accordance with the principle of stopping, reducing and only then attenuating emissions of about 120 million tons a year by 2030.

In order to do so, the company will work with the Science Based Targets Initiative, Transition Pathway Initiative and others to develop standards for the industry and align with those standards.

Starting at the 2021 AGM, Shell will submit an Energy Transition Plan for an advisory vote to shareholders. The board will update that plan every three years and seek an advisory vote on the progress made each year.

Shell is expected to invest about $100 million annually in high-quality, scientifically tested on-site ventures to create a large and sustainable industry to help consumers achieve their net zero-emission goals.

Built on Shell’s leading role in hydrogen by establishing interconnected hydrogen hubs for industry and heavy-duty shipping, the goal is to reach a double-digit share in global sales of clean hydrogen. 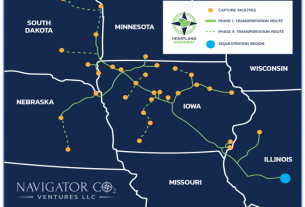 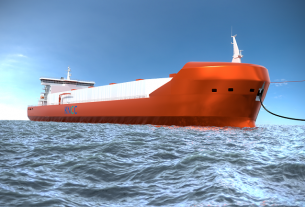 New company for transportation and storage of liquefied CO2 established 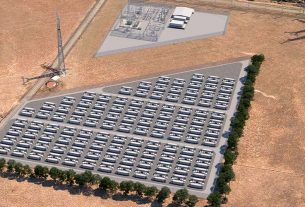