The license will cover a portion of the Southern North Sea off the coast of Immingham, North East Lincolnshire. Harbour’s proposal is to reuse the depleted Rotliegend gas fields, Viking and Victor, approximately 140 kilometres from the Lincolnshire coast, to securely store CO2 in deep geological formations c.9000 feet below seabed, and potentially use the Bunter Formation aquifer, which could offer additional options to increase the project’s future storage capacity.

The V Net Zero development proposal intends to transfer CO2 via a newly constructed pipeline from Immingham to Theddlethorpe, and to employ the existing 120km LOGGS network to carry CO2 to the Viking felds. The first injection is scheduled for the fourth quarter of 2026. Initial injection rates are expected to increase to 3.6 million tonnes per year (Mtpa) by 2020, rising to 11 Mtpa by 2030. The Government’s 10 Point Plan objective for CCUS (carbon capture, utilization, and storage) is 10 Mtpa by 2030.

An average car emits around 2.06 tonnes of CO2 per year; so, 11 Mt CO2e each year equates to eliminating 5.3 million cars from the road. To put this in context, there were 31.9 million licensed automobiles in the UK in 2019. The license requires Harbour to demonstrate progress by completing a number of milestones along the route, such as reprocessing historical 3D seismic data.

The total project is expected to demonstrate that carbon storage activity is ramping up in line with the expectations given forth in the Prime Minister’s Ten Point Plan and the Climate Change Committee’s Sixth Carbon Budget, and that the UK energy transition to net zero is gaining traction.

It is critical that industry meet its commitments for decreasing greenhouse gas emissions across all operations, and Harbour is required to follow the OGA Strategy, which makes net zero considerations a core requirement. 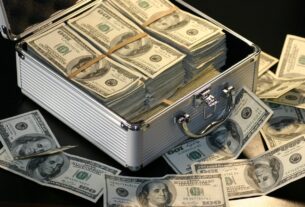