Denmark – The 100 MW straw-fired unit at Copenhagen’s Avedøre Power Station has been identified by Ørsted as the best point source of sustainable CO2 for the future phases of the Green Fuels for Denmark Power-to-X facility.

The facility in the Greater Copenhagen area is planned to reach a total capacity of 1.3 GW and have a carbon emission abatement potential of 850,000 tonnes yearly.

If the Avedøre Power Station project is completed, it will be Ørsted’s first carbon capture facility. A future final investment decision for the carbon capture project is contingent on the completion of the Green Fuels for Denmark components that will create e-methanol and e-kerosene.

Avedøre Power Station is owned and operated by Ørsted. The combined heat and power plant is made up of two wood pellet-fired units and one straw-fired unit that provide power to the Danish power grid as well as district heating to the Greater Copenhagen area. Ørsted and HOFOR recently announced an agreement under which Ørsted will purchase power generated by HOFOR’s planned 250 MW Aflandshage offshore wind farm for use in parts of the Green Fuels for Denmark project.

With the agreement to source renewable electricity in place, Ørsted has now identified the straw-fired unit at Avedøre Power Station as the best point source of sustainable carbon. The company will now look into the possibility of extending parts of the project’s first phases in order to deliver significant amounts of sustainable fuels far before the second phase’s previously projected operation date of 2027.

Green Fuels for Denmark recently moved a major step closer to reality when the project became part of the EU initiative to start off the hydrogen economy in Europe. Green Fuels for Denmark is expected to be completed in phases, with a total electrolysis capacity of 1,300 MW when complete. The initial phase of Green Fuels for Denmark will create exclusively hydrogen for heavy-duty road transport, while the second phase is designed to use carbon capture with renewable hydrogen to make sustainable methanol and e-kerosene for shipping and aviation, respectively.

Provided that a framework is established to promote the development of sustainable fuels, the 100 MW straw-fired unit at Avedøre Power Station could provide the amount of CO2 necessary for producing sustainable fuels in the next phases of Green Fuels for Denmark.

Ørsted will now investigate the best route forward for deploying carbon capture technology at the straw-fired unit at Avedøre Power Station, including optimizing the electrolysis capacity of the second phase of Green Fuels for Denmark with the supply of renewable electricity. The straw-fired unit is powered by locally obtained agricultural byproducts, turning around 130,000 tonnes of straw to heat and power each year. The combination of using straw as fuel and utilizing the surplus heat from both the carbon capture process and the Power-to-X process would result in up to 260 MW of district heating for the Greater Copenhagen area, resulting in both green and cost-competitive district heating.

The development of renewable hydrogen and sustainable fuels has the potential to significantly cut carbon emissions from difficult-to-abate industries such as heavy transportation. At the moment, sustainable fuels are more expensive to create than fossil-based fuels. To minimize costs, industrial-scale production of sustainable fuels is required, as has been seen with renewable energy technologies such as offshore wind, onshore wind, and solar PV during the last decade. To make this a reality, business and governments must work together to build the necessary framework for private investment in large-scale sustainable fuel generation. 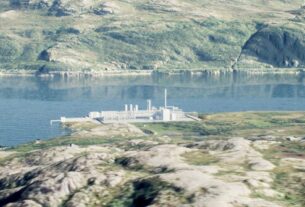 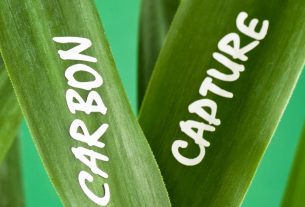 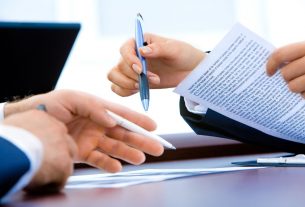