There is already infrastructure in the area, including access to fiber optics, electricity, water, and sewage, as well as a sizable harbor basin with a deep-water quay that is perfect for the Errai project. The CO2 terminal will be supplied with CO2 from customers in Europe and Norway, as well as from the envisioned CO2 terminal in the Port of Rotterdam.

The first commercial CO2 storage project in Norway is called Errai, and it has the potential to have a significant influence on the growth of the European carbon market. Horisont Energi and Neptune Energy are partners in the endeavor.

The Errai project will comprise a related offshore reservoir for long-term CO2 storage in addition to the quay facility and the onshore terminal for intermediate storage. By 2023, Neptune wants to store more carbon than is released during the manufacture and usage of the items it sells. A major step toward that aim is the Errai project.

For the purpose of storing CO2 in the designated region on the Norwegian continental shelf, Horisont Energi and Neptune Energy have previously submitted an application to the Ministry of Petroleum and Energy. During the first half of 2023, it is anticipated that the Ministry of Petroleum and Energy would announce the award of a license. In 2026, the project will begin to run.

The proposed CO2 terminal at Gismarvik will be built in accordance with the EU taxonomy in terms of safety and environmental concerns. With the potential for further storage throughout later stages of the project, Errai can hold between four and eight million tonnes of CO2 annually. E.ON will store more than 1 million tonnes of CO2 yearly at Errai, according to a recent announcement by Horisont Energi.

For Haugaland Nringspark and other enterprises in Haugalandet, the CO2 terminal and planned offshore infrastructure represent new industrial potential. 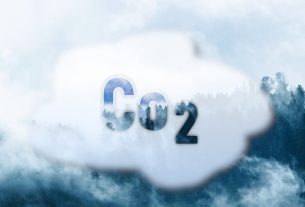