Belgium – A recent study conducted for Transport & Environment (T&E) found that investments in biofuel processing are eight times bigger. This shows that the “huge bet” placed by Europe’s oil companies on hydrogen as the world’s transportation fuel of the future is not as large as it first appears to be.

The main oil firms in Europe, Shell, BP, Total, Eni, and Repsol, are investing in hydrogen, but only a minority of those investments are actually “green.” The report claims that rather than producing ecologically friendly transportation fuels, the majority of their investments are going toward lowering the carbon intensity of their refinery operations.

The estimate predicts that by 2035, the EU’s dependence on oil for road transportation will have decreased by nearly a third as more vehicles move to electric power. Starting in 2035, the demand for gasoline will continue to decrease by 5% year. To avoid becoming stranded assets, a significant amount of the current refining capacity will need to be shut down or converted to processing alternative fuels.

The refining sector intends to invest €39 billion in alternative fuels by 2030, around 75% of which would go toward increasing biofuel production. Thanks to expenditures totaling €2 to €3 billion, the manufacturing capacity for advanced biofuels (HVO) will increase to 10 megatonnes by 2030. This is four times more than what can be sourced sustainably in the EU, according to T&E’s estimations. This will undoubtedly lead to the huge importation of dubious used cooking oil from abroad as well as the theft of scarce “waste” materials like animal fats from other companies.

The oil refining industry is one of the biggest consumers of hydrogen today, with the bulk using carbon-intensive grey hydrogen obtained from fossil fuels. The study asserts that oil corporations are investing roughly €6.5 billion in purportedly “low carbon” blue hydrogen in order to increase the effectiveness of their manufacturing processes. This is two times what they presently spend on producing hydrogen and electric fuels, which might be used to clean up shipping and aviation. 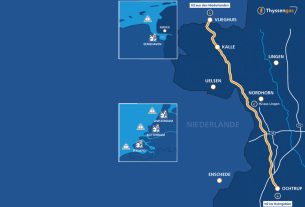