United States – Scientific advances support a hybrid approach using biological and catalytic methods for producing cellulosic biofuel for use in airplanes, ships, and long-haul trucks, according to researchers working through the Center for Bioenergy Innovation.

Microbes are used in this hybrid approach to convert cellulosic biomass like wood and grass into an intermediate, small-molecule product like ethanol. After that, the ethanol would be catalytically upgraded into hydrocarbon fuels that could be used in heavier vehicles.

The field has previously focused on a two-step process of pretreating biomass with heat and/or chemicals before biological processing, according to Lee Lynd, an engineering professor and adjunct biology professor at Dartmouth College, who co-led the study with Gregg Beckham at the National Renewable Energy Laboratory. Only a few papers have attempted to improve on a different approach: biologically producing small molecules, then mechanically disrupting cell walls during fermentation and introducing a catalyst to produce hydrocarbon fuels. This method is less expensive than using microorganisms to produce large fuel molecules directly.

Unlike chemical pretreatments that degrade lignin, the tough polymer that gives plants their structure and rigidity, this method keeps lignin closer to its natural structure. As a result, rather than being unfit for anything but burning, lignin residues can be more easily converted to other products, according to Davison.

The conversion of sugars from plant cell walls to liquid fuels is widely acknowledged as a cornerstone of the bioeconomy and a key to achieving a carbon-neutral or carbon-negative transportation system. Annual cellulosic feedstocks are less expensive than petroleum and are abundant and renewable.

Another advantage of cellulosic biofuel over starchy feedstocks like corn is that it is non-toxic. The carbon advantage provided by starch-based ethanol is debatable because corn requires nitrogen fertilizer and water. Ethanol derived from trees and grasses would provide a significantly greater carbon benefit.

Investment in cellulosic biofuels is now far outpacing investment in solar and wind due to challenges in current cellulosic biofuel production approaches. The potential of ethanol as a key intermediate that can be processed to create desired hydrocarbon fuels is highlighted in this paper.

Several methods for catalytically converting these intermediate products in reactors that are small and inexpensive have been tested. Although more advancements are needed to meet the needs of aviation and diesel engines, those advancements are not far away.

For light-duty vehicles, electrification is becoming the preferred method of reducing emissions that have a negative impact on the environment.

According to Steve Csonka, the aviation industry has been working on a decarbonization strategy for more than 15 years. He is the executive director of the Commercial Aviation Alternative Fuels Initiative, a group of airlines, aircraft and engine manufacturers, energy companies, and others working to develop alternative jet fuels.

The aviation industry, according to Csonka, has focused on low-carbon fuels that could eventually replace petroleum-based jet fuel. These fuels must be affordable without requiring special infrastructure or airport or plane modifications to be viable. Alternatives in development, such as hydrogen-powered aircraft and electric-hydrogen hybrids, don’t meet these criteria and, according to Csonka, are unlikely to be useful for large planes anytime soon.

Researchers and industry benefited from the study’s unusual big-picture perspective. 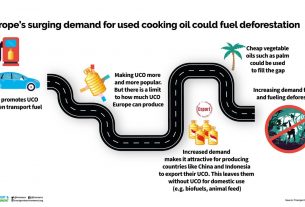 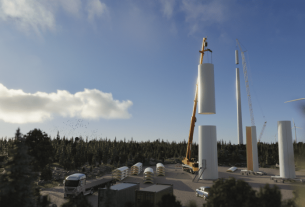 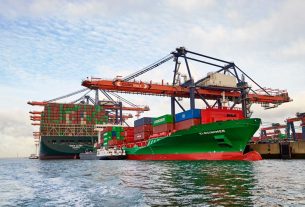