Singapore – Chevron and Ocean Network Express (ONE) have collaborated to finish the first biofuel bunkering on a 4,800 TEU containership.

As reported, Singapore Trade Data Exchange (SGTraDex), a digital platform that promotes the sharing of data amongst supply chain ecosystem partners, saw the bunkering operation. In the deal, 992.2MT of VLSFO-B24 biofuel in deep tanks 6, 7, and S were transferred from bunkering tanker Marine Rose to containership MOL Endowment.

Hyundai Heavy Industries (HHI), a shipbuilder in South Korea, constructed the boxship in 2007. It has a 32.2 meter breadth and a 294.12 meter overall length (LOA). It is now flying the Panamanian flag when at sea.

The secure exchange of papers, such as the Certificate of Quality, Bunker Delivery Note, Bunkering Sales Invoice, and other supporting documents including Mass Flow Meter (MFM) receipts and International Sustainability and Carbon (ISCC) Certification, was made possible using SGTraDex’s data highway.

The partners claim that the transaction represents a significant step toward maritime decarbonization. With respect to its baseline year of 2018, ONE’s environmental sustainability strategy seeks to cut carbon dioxide emissions by 25% by 2030 and by 50% by 2050.

The shipping company tested biofuel on the Panamax boxship MOL Experience in February of last year. The trial’s biofuel was created using waste oils, such as leftover cooking oil.

Additionally, in April of this year, the business made the decision to execute a further experiment of marine biofuel on board the container ship NYK Fuji, which is registered in Singapore. At the Port of Singapore, 1,300 metric tonnes of marine biofuel product were refueled for the NYK Fuji.

Because both the carbon dioxide emitted during combustion and the carbon dioxide absorbed by the biomass source are equivalent, biofuels are regarded as being carbon-neutral. As a sustainable substitute for fossil fuels, it has attracted interest on a global scale. 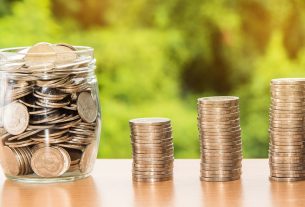